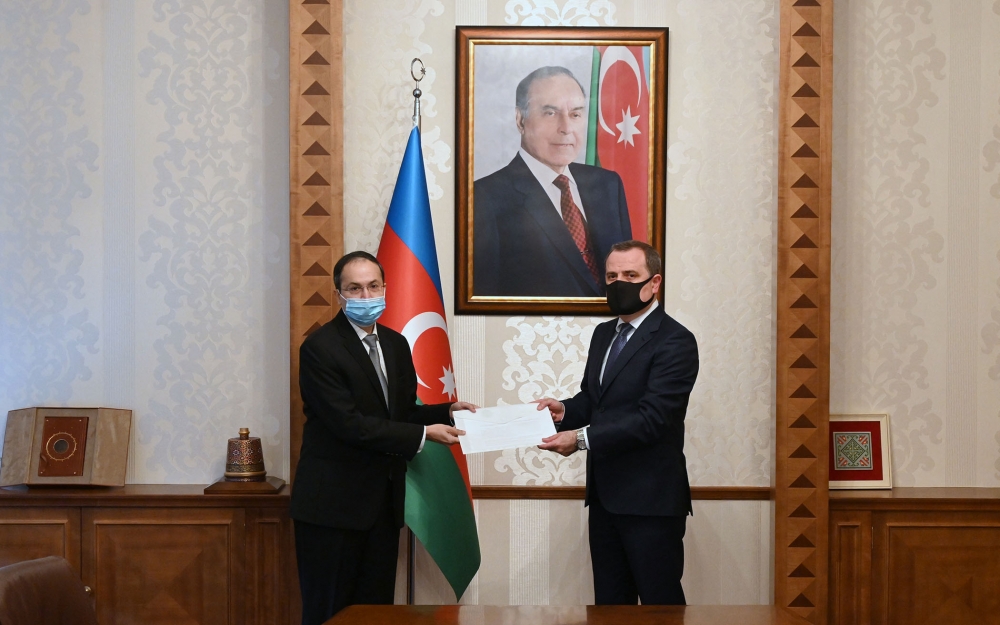 Pakistan`s newly appointed ambassador Bilal Hayee has expressed his country`s backing for Azerbaijan as the country is engaged in fierce clashes with Armenia after the Armenian troops committed a massive attack on Azerbaijani civil settlements and army positions.

Hayee said Pakistan had always stood by Azerbaijan in its just struggle, as he handed a copy of his diplomatic credentials to Azerbaijan`s Foreign Minister Jeyhun Bayramov.

The FM commended Pakistan for supporting Azerbaijan`s stance. He highlighted the latest act of Armenian aggression. Bayramov said the armed forces of Armenia shelled the Azerbaijani positions and villages along the line of contact which resulted in casualties among the civilian population. Noting that the attack was a continuation of the deliberate provocative actions carried out by Armenia in the latest months, the minister said Azerbaijan took appropriate counter-measures in execution of its legal right to self-defense and ensure security of civilians.

Minister Bayramov also stressed the importance of relations between Azerbaijan and Pakistan. He said the two countries maintained high-level cooperation in the political, economic, cultural and other fields, effectively collaborating and providing mutual support to each other in multilateral platforms.