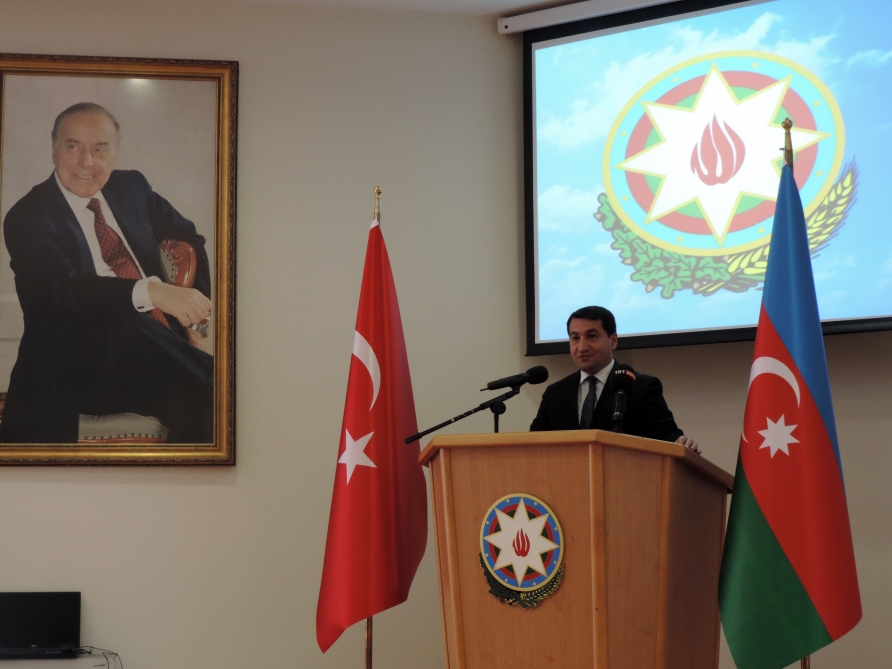 The Azerbaijani Embassy in Turkey has organized a conference marking the 100th anniversary of Azerbaijan’s diplomatic service.

Participants in the event included heads and representatives of the diplomatic corps accredited in Ankara, prominent Azerbaijani and Turkish scholars, as well as students studying in various universities of Turkey.

In his opening remarks, Azerbaijani Ambassador to Turkey Khazar Ibrahim provided an insight into the Azerbaijani diplomatic services’ activity which was founded a century ago and highlighted the main purpose of the conference.

Speaking at the event, head of the Department of Foreign Policy Affairs of the Azerbaijani Presidential Administration Hikmat Hajiyev pointed out the history of the country’s statehood, traditions, geographical position, the establishment and current state of the diplomatic services. He also gave detailed information on the fundamental reforms carried out in various spheres in Azerbaijan under the leadership of President Ilham Aliyev, highlighting the country’s socio-economic development model and transformation of Azerbaijan into a regional transportation hub, as well as diversification of economy and a number of other important issues.

On the current state of the Armenia-Azerbaijan Nagorno-Karabakh conflict, the Presidential Administration official said that the peaceful negotiation process conducted by the Azerbaijani leadership have not yielded any results due to the non-constructive position of the aggressor Armenia.