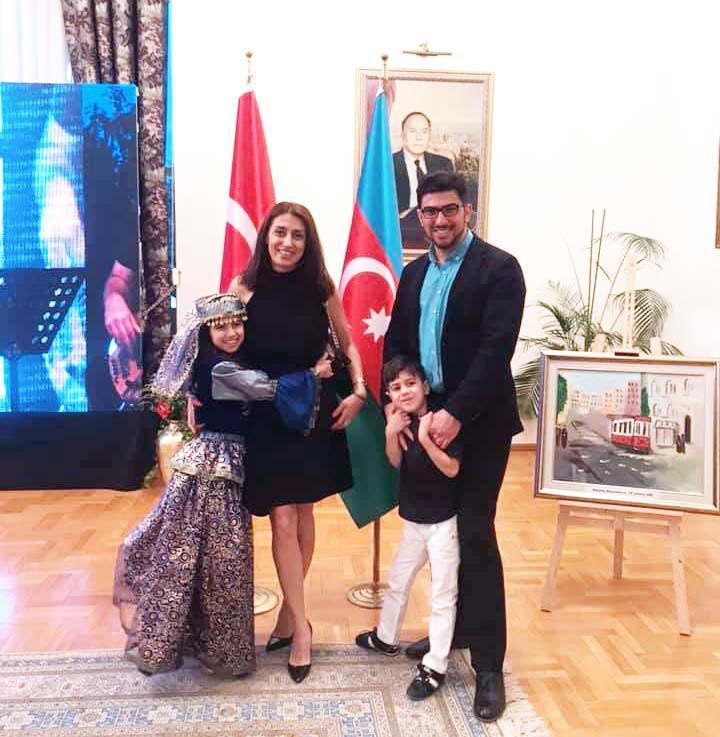 The event was held as part of the celebration of the 101st anniversary of the Azerbaijan Democratic Republic in Ankara, Trend Life reported.

The children’s exhibition at the Embassy of Azerbaijan in Ankara is a joint project of two art schools, Art School and Aytolye, supported by Arts Council Azerbaijan and Suraya Organization.

The initiative was implemented with the support and direct participation of the Azerbaijani Ambassador to Turkey Khazar Ibrahim.

The head of Arts Council Azerbaijan Dadash Mammadov said that the exposition became another bridge of culture between the fraternal peoples.

“Young Azerbaijani artists in their paintings showed beautiful places in Turkey, and Turkish children depicted the main sights of Azerbaijan. I believe that joint projects of this nature serve to further bringing together the two peoples and cultural exchange between young generations,” said Mammadov.

The main purpose of the organization is to promote Azerbaijani culture and art. Many projects have been operating for many years under the auspices of Arts Council Azerbaijan. Among them are Art Gazette, Production Studio, Azerbaijan Animation Museum named after Nazim Mammadov, Art School drawing school, Under Open Air plein air, Art Residence and Youth Network.