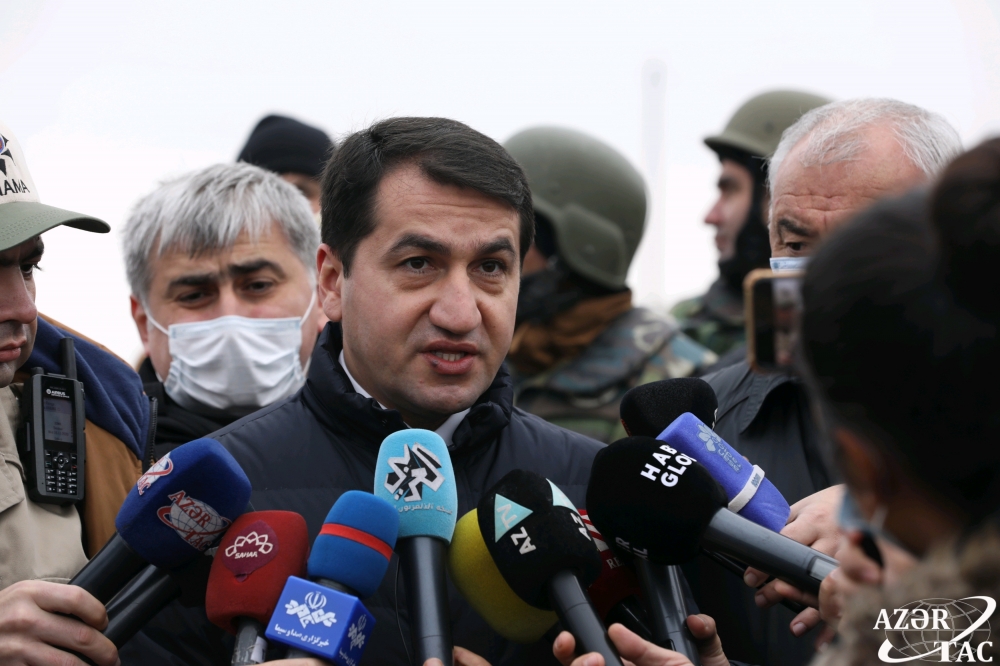 “White phosphorus was widely used by the Armenian armed forces for burning forests around Shusha,” Assistant to the Azerbaijani President, Head of Foreign Policy Affairs Department of the Presidential Administration Hikmat Hajiyev has told journalists.

“During the military operations, we had already reported the wide usage of white phosphorus by the Armenian armed forces for burning forests around Shusha. White phosphorus was widely used by the Armenian armed forces not only in these operations, but also in previous ones – during the battles in April 2016. They mainly targeted civilians, civilian facilities, fields, as well as the Azerbaijani Armed Forces. Now, we are collecting information to appeal to international organizations, as well as inform the International Organization for the Prohibition of Chemical Weapons. Although white phosphorus is not considered a chemical weapon, it has harmful health effects. Once absorbed into the human body, it can cause a sudden death and severe burns,” the President’s Assistant added.