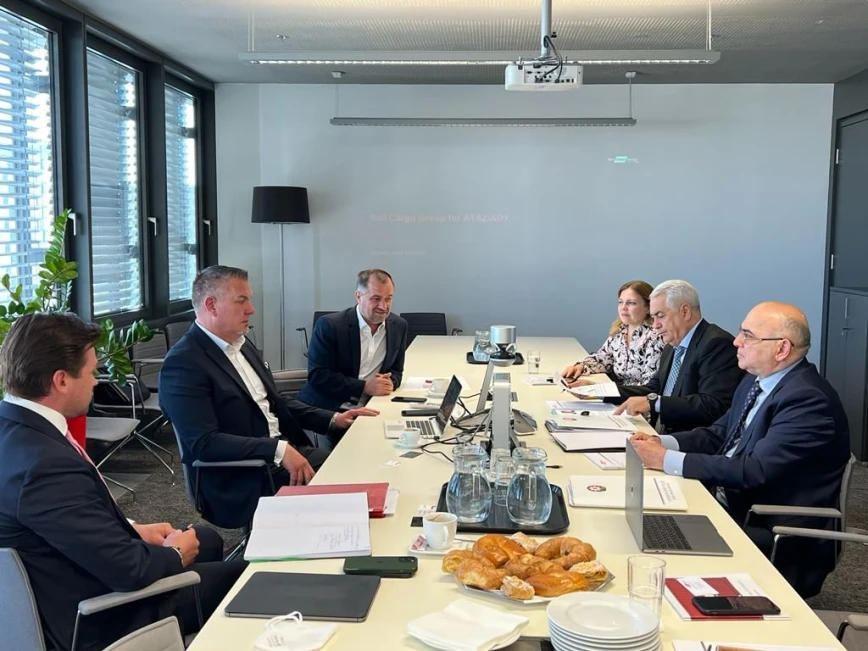 ADY Container LLC, a subsidiary of Azerbaijan Railways, and the Austrian Rail Cargo have signed a memorandum of understanding and cooperation.

Within the framework of the document, the sides will work together to ensure uninterrupted and rapid delivery of multimodal rail freight from Europe via the Baku-Tbilisi-Kars railways, as well as from the Romanian port of Constanta to the Georgian port of Poti and then to Central Asia and China.

In this context, ADY Container, together with Georgian GR Logistics and Kazakh KTZ Express, with the support of the Azerbaijani Caspian Shipping Company, launches container transportation of goods between the ports of Poti and Constanta as part of the Trans-Caspian International Transport Route.

During the meeting, the parties also emphasized the role of multimodal rail transportation in expanding economic relations and trade turnover between the two countries.

They discussed increasing joint efforts for more effective use of the Trans-Caspian International Transport Route against the backdrop of the situation in the region, increasing the volume of multimodal rail freight in the directions of China-Europe-China and Central Asia-Europe-Central Asia.

The strengthening of joint activities and partnerships in these areas was also the focus of separate bilateral meetings between representatives of the Azerbaijani Railways and leading European freight companies Rail Cargo, Czech Metrans, and German Bahnoperator GmbH.

Azerbaijan and Germany are successfully cooperating in various sectors of the economy. Azerbaijan is the main economic and trade partner of Germany in the South Caucasus.

The trade turnover between Azerbaijan and Germany amounted to $1.2 billion in 2021.