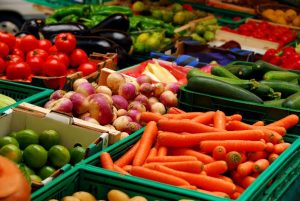 Exports in this direction are not large yet, but they will increase by the end of 2018, and will grow further, Guliyev said.

“At the moment we are closely cooperating with Latvia, therefore, compared with the other two Baltic countries, the volume of exports to the Latvian market is much larger,” Guliyev said, noting that the opening of the Azerbaijani trade house in Latvia has a positive effect on the sales of Azerbaijani fruit and vegetable products in this country.

The chairman noted that presently for Azerbaijan the main markets remain Russia and other CIS countries.

According to the State Customs Committee of Azerbaijan, trade turnover with Latvia in the 1H2018 amounted to $15.1 million. The export of Azerbaijani products accounted for $1.1 million.

In January-June 2018, exports of fruits and vegetables from Azerbaijan amounted to $276.7 million, which is 27 percent more than in the same period of 2017.

According to the State Customs Committee, at the end of 2017, Azerbaijan exported fruit and vegetable products in the amount of about $503 million.

The Association of Producers and Exporters of Fruit and Vegetable Products was established in Azerbaijan in August 2016.

The main goal of the association is to coordinate the activities of local entrepreneurs, to increase production and increase export opportunities.