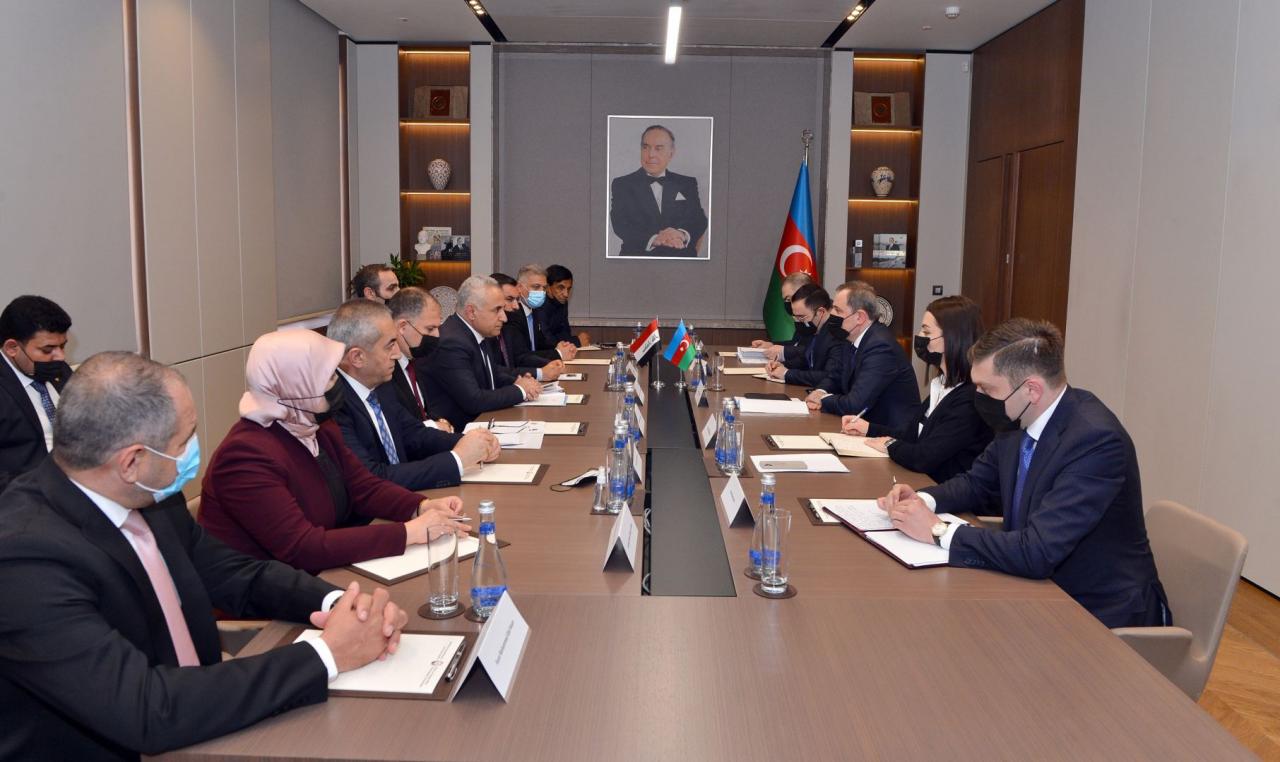 At a meeting with the visiting Iraqi delegation led by Waison in Baku on April 5, Bayramov thanked Iraq for constantly supporting Azerbaijan’s territorial integrity.

Bayramov informed the delegation about destructions, illegal actions and numerous war crimes committed by Armenia during the 30-year occupation of a part of Azerbaijani territories, the current regional situation after the 44-day Patriotic War, issues related to the implementation of trilateral statements, the report added.

“It was brought to the attention of Iraqi parliamentarians that the lands liberated from the occupation were widely contaminated with mines by Armenia, both during the occupation and at the stage of withdrawal from these territories, and despite the cessation of hostilities, Armenia has not yet provided Azerbaijan with information on the minefields and thus continues to flagrantly violate international humanitarian law. It was emphasized that the states of the world should not be silent on this issue and exert a serious influence on Armenia,” the ministry said.

Bayramov stressed that relations between the two countries are developing on the basis of historical, cultural and religious ties, and noted that cooperation is carried out both in bilateral and multilateral frameworks.

The head of the Iraqi parliamentary delegation stressed positive bilateral ties and expressed satisfaction with Azerbaijan’s support for Iraq at the international level, as well as the humanitarian assistance provided by Azerbaijan.

It was stressed that Iraq has always been guided by the principles of international law in resolving conflicts.

The sides also exchanged views on the prospects for the development of bilateral relations, including opportunities for expanding cooperation in humanitarian, tourism, education and other fields.

The 44-day war between Azerbaijan and Armenia in 2020 ended with the signing of a trilateral peace deal by the Azerbaijani, Russian and Armenian leaders.

Azerbaijan allocated over AZN 9 million ($5m) to compensate damages to its citizens who suffered from Armenia’s aggression during the six-week war over Azerbaijan’s Nagorno-Karabakh region.