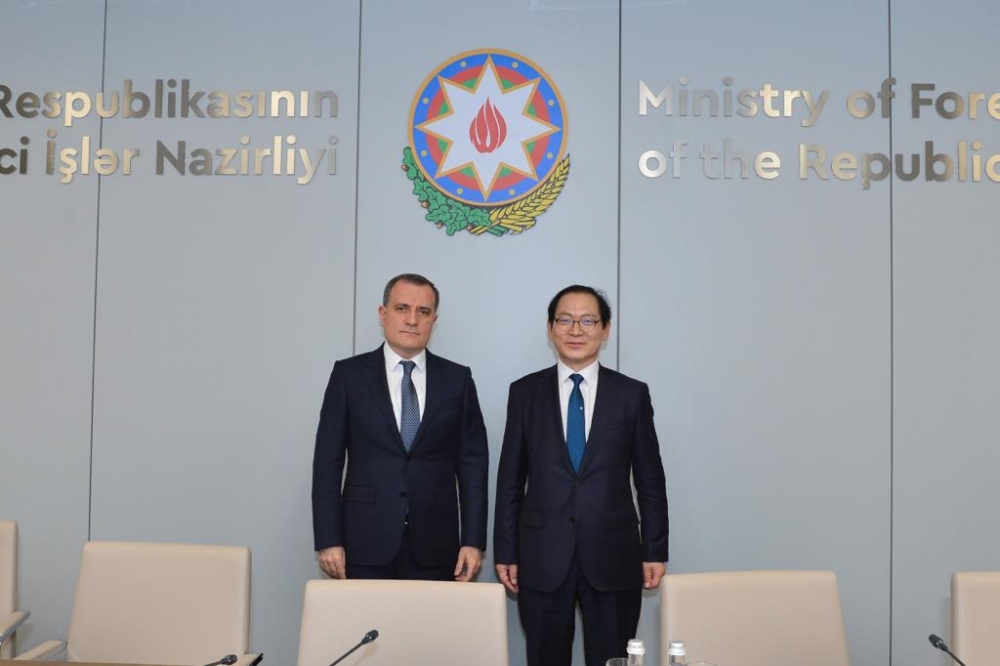 Azerbaijan`s Foreign Minister Jeyhun Bayramov has met with Chairman of the Presidential Committee on Northern Economic Cooperation of the Republic of Korea Chong Soo Park.

During the meeting, the sides hailed the current level of cooperation between the Republic of Korea and Azerbaijan, and discussed prospects for cooperation in new areas.

Noting that the Republic of Korea is considered a priority country by Azerbaijan in terms of economic cooperation, Minister Jeyhun Bayramov stressed that increasing the intensity of reciprocal visits at the state level is important in terms of further boosting existing relations.

Then, Minister Jeyhun Bayramov informed Chong Soo Park that as a result of the Patriotic War that took place one year ago, Azerbaijan ensured its territorial integrity and, as a result, the realities in the region created favorable conditions for the development of new transport links. In this regard, the opposite side was informed about the infrastructure projects implemented at the initiative and with the participation of Azerbaijan in the development of East-West, North-South international transport corridors, and attention was drawn to large-scale reconstruction work in the liberated territories.

Chairman of the Committee on Northern Economic Cooperation Chong Soo Park noted with satisfaction the meeting with the President of the Republic of Azerbaijan Ilham Aliyev, during which the main priority issues of further cooperation were discussed, and expressed confidence that this would give impetus to a new stage of cooperation between the two countries.

During the meeting, the sides discussed the expansion of cooperation within international organizations and other issues of mutual interest.