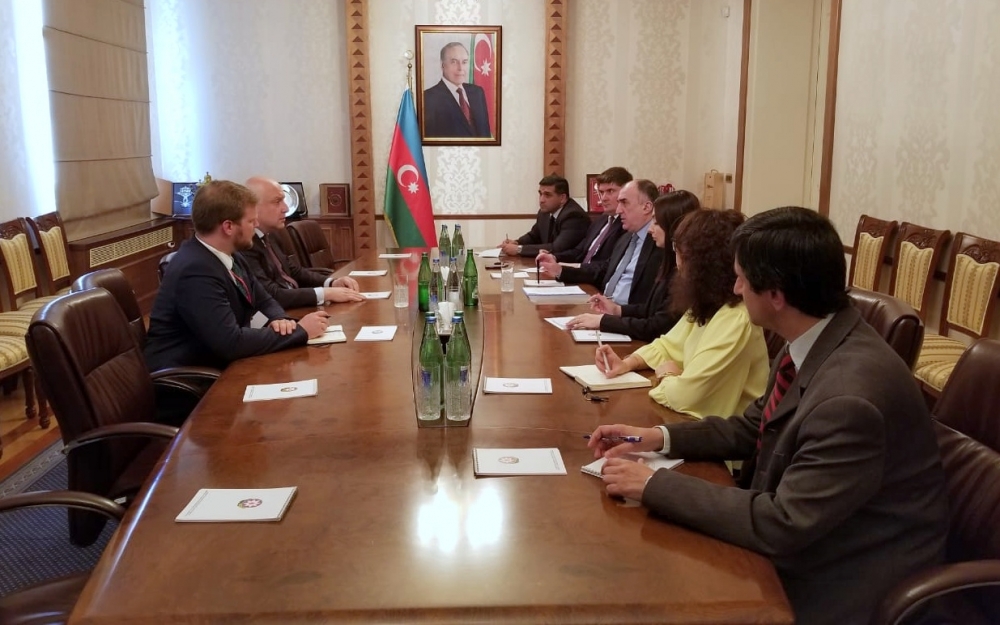 FM Mammadyarov noted the important role of the OSCE, including OSCE PA structures, in the European security system and informed, in general, the President of the OSCE PA about the latest negotiations process on the settlement of the Armenia-Azerbaijan Nagorno-Karabakh conflict with the mediation of the OSCE Minsk Group Co-Chairs. Referring to the recent statements of the Armenian leadership as well as bloody provocations perpetrated on the line of contact, Minister Elmar Mammadyarov underlined that such irresponsible behavior seriously undermines the negotiation process. Emphasizing that the position of Azerbaijan in negotiations remains unchanged, Elmar Mammadyarov stressed that the withdrawal of the Armenian forces from the occupied Azerbaijani territories and return of the Azerbaijani internally displaced persons to their homelands constitute the basis of negotiations.

George Tsereteli hailed his visit to Azerbaijan and especially appreciated audience with President Ilham Aliyev. He said that being in office as the OSCE PA President, he pays great attention to these important issues, to support the resolution and mitigation of conflicts and their humanitarian consequences, as well as the mediation efforts at the parliamentary level. Tsereteli noted that the OSCE PA is ready to provide opportunities to various contacts for these purposes.

The sides praised Azerbaijan’s productive involvement into the implementation of the OSCE PA mission and its significant contribution to the activities of the organization, as well as discussed a number of issues on the agenda and stressed the importance of further development of parliamentary cooperation in the OSCE area.