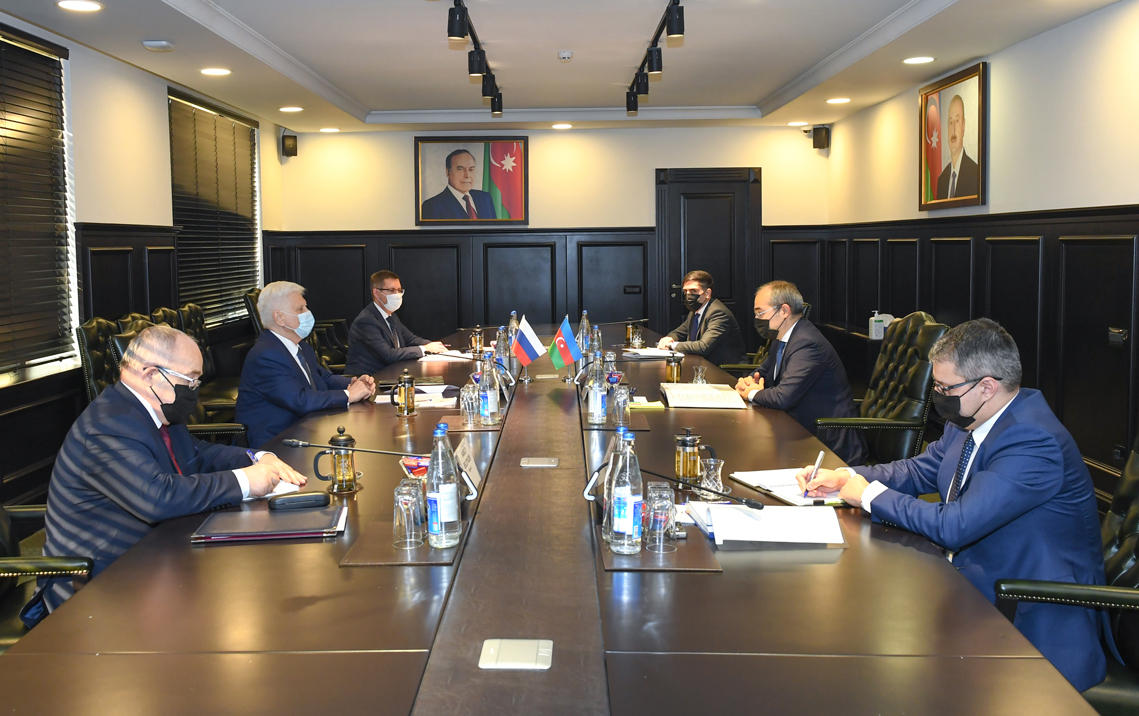 Bilateral cooperation between Azerbaijan and Russia was discussed during the meeting between Economy Minister Mikayil Jabbarov and Russian Ambassador to Azerbaijan Mikhail Bocharnikov, the ministry reported on December 21.

During the meeting, the minister noted that Russia is one of Azerbaijan’s main trade partner and a leader in non-oil exports. In addition, he emphasized the successful cooperation and great potential in cooperation between two countries in agriculture, industry, transport and transit, investment, tourism and other fields.

In turn, ambassador underlined the high level of political relations between the two countries and shared his views on expanding the economic partnership.

The sides noted that Azerbaijan and Russia are friendly and neighboring countries and strategic partners, emphasizing that the main driving force of bilateral relations is the political will of the presidents of two countries.

Moreover, the parties exchanged views on the prospects of cooperation with the Azerbaijan Investment Holding and the organization of the next Azerbaijan-Russia interregional forum.

In the meantime, the parties discussed the participation of Russian companies in projects to be implemented in the liberated territories of Azerbaijan.

Furthermore, during the meeting, parties also discussed ways to overcome some recent difficulties with exports of agricultural products to Russia.

It should be noted that Rosselkhoznadzor banned import of Azerbaijani tomatoes and apples on December 10, citing the necessity to “prevent the import and spread” of pesticides to Russia. However, it has lifted the ban for some companies on the imports of tomatoes grown in Azerbaijan. The decision to lift the embargo entered force on December 16, after negotiations with Azerbaijan Food Safety Agency.