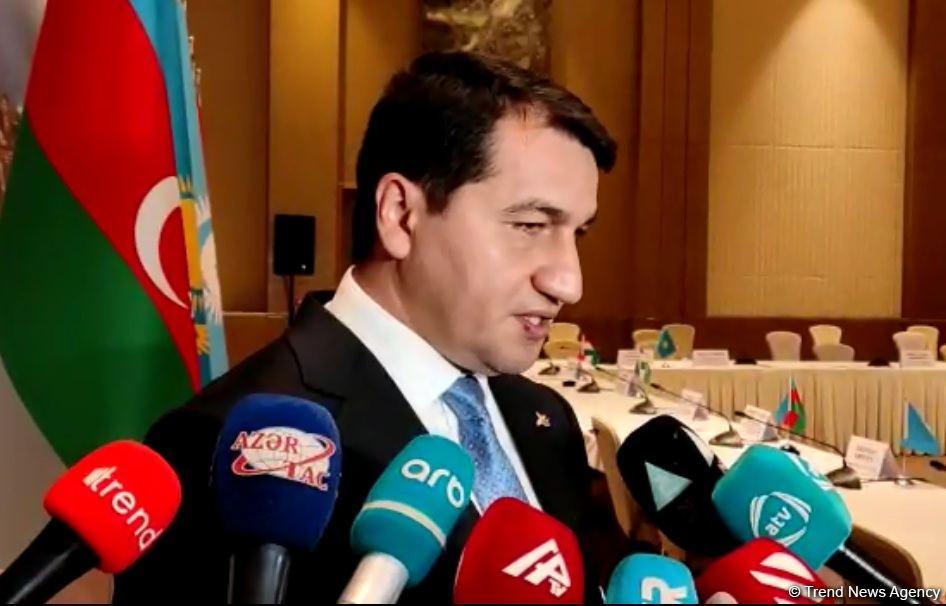 Presidential aide Hikmat Hajiyev has said that Azerbaijan supports further coordination of cooperation in the media sphere within the Turkic Council, Trend has reported.

Hajiyev made the remarks in an interview with journalists after the Baku-hosted meeting of ministers and high-ranking information and media officials from the Turkic Council’s member countries.

“Until now, there have been good initiatives, but one of the decisions we have come to is that it’s necessary to create a Media Coordination Committee. In this direction, the work should be carried out similar to that one within the relevant committees in other areas,” he said.

The official noted that private media resources of the countries should be also involved in the work.

“This will help cover information more widely. We are also thinking about the concept of media forums. If business forums are held between the countries, then direct ties should be established in the field of media as well. In the present days, media agencies frequently refer to non-original sources,” he added.

Earlier in his address to the meeting, Hajiyev said that campaigns to present false information on Turkic countries are periodically carried out.

He underlined that during the 44-day Karabakh war in 2020, the Turkish media played an important role in informing the world community of this war.

“We must better present ourselves, our culture to the world. Disinformation campaigns are being conducted against the Turkic countries,” he said.

Hajiyev described as another important step the holding of joint media forums.

“We must mobilize our forces to convey the truth to the world. It’s necessary to work together on social media platforms to suppress campaigns on disinformation being carried out against our countries,” he added.

The presidential aide said that Azerbaijan is carrying out the necessary work to develop ties between the Turkic-speaking states.

Hajiyev noted that Azerbaijan’s victory in the Second Karabakh War is also the victory of the Turkic world.

“Under President Ilham Aliyev’s leadership, Azerbaijan achieved victory in the 44-day Second Karabakh War  and liberated its lands from Armenia’s occupation. This is also a victory for the entire Turkic world,” he said.

Hajiyev noted that during the period of occupation, Armenians destroyed material and cultural monuments in Azerbaijan’s Shusha city and other territories which had been liberated as a result of the war.

“We should make joint efforts to convey the truth to a wider world audience,” added the official. 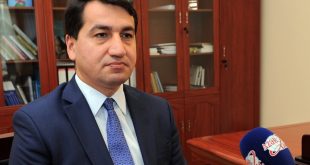 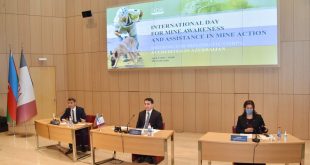 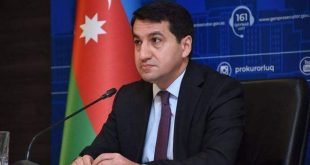