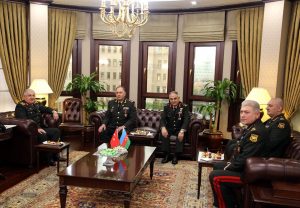 They exchanged views on the current state and prospects of cooperation between Azerbaijan and Turkey in security, military, military technical, military medicine, and military education areas.