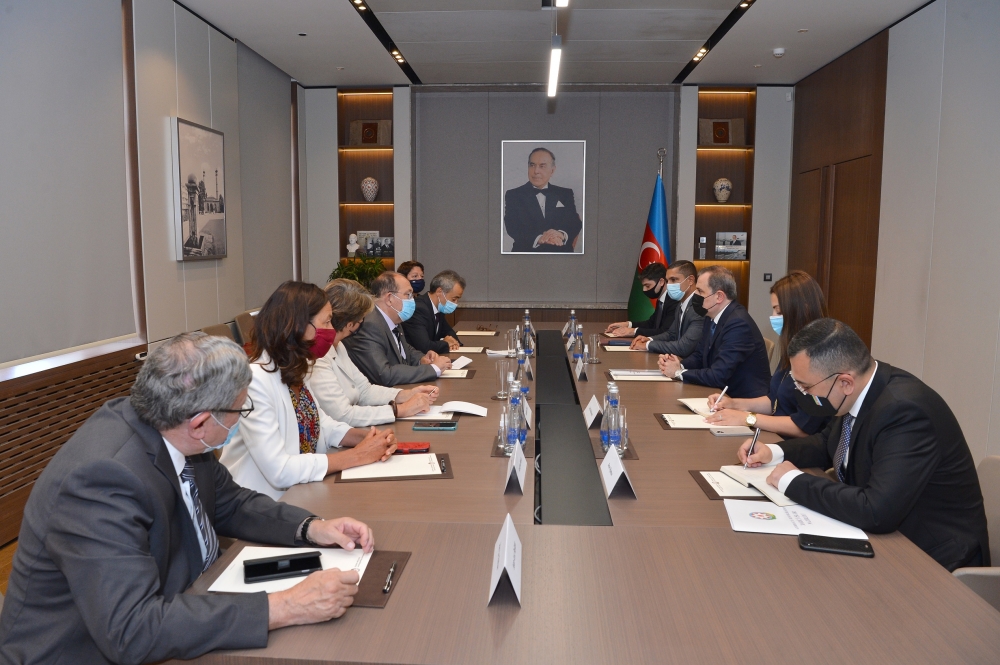 Minister of Foreign Affairs of Azerbaijan Jeyhun Bayramov has met with members of the French National Assembly visiting the country.

Minister Jeyhun Bayramov noted that the visit could contribute to obtaining detailed information on the situation in the region, as well as deepening of bilateral relations.

Giving detailed information about the current situation in the region, especially the post-conflict phase, the minister answered numerous questions of the members of the National Assembly.

Minister Jeyhun Bayramov pointed to the current state of Azerbaijan-France relations, the situation with the implementation of the trilateral statement of November 10, 2020, and the steps taken by Azerbaijan in this regard, revanchist statements voiced by the official circles of Armenia, while Azerbaijan declares its readiness to sign a peace agreement. He as well he informed the opposite side about the position of Azerbaijan in connection with border tensions, with the beginning of the process of delimitation and demarcation, the landmines issue, which is a major threat to human life in the region, the process of restoring the liberated territories and foreign companies participating in this process.