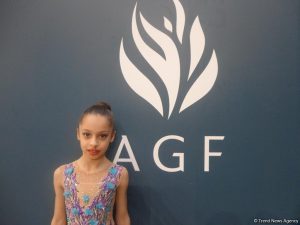 “I performed well and scored good points,” she said. “I hope that I will be among winners.”

Ibrahimova said that she really enjoys performing in the National Gymnastics Arena.

“I really like the National Gymnastics Arena,” she said. “I have performed here many times and won.”

The first day of the 25th Azerbaijan Championship in Rhythmic Gymnastics kicked off in the National Gymnastics Arena in Baku on Dec. 6 and will run till Dec. 9.

On the last day of the events, the 5th Interregional Cup will be commenced. The representatives of Azerbaijani districts will perform in both individual and group exercises at the Interregional Cup for the 5th time.

The most interesting point of the competitions appears to be on the last day. This year, the organizers will present interesting gymnastics routines with the participation of the coaches, by preparing the show of “Golden Age” as it was last year. 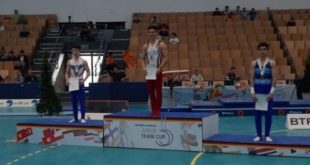 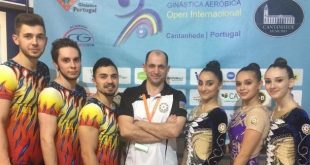 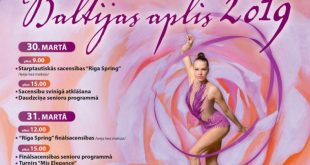