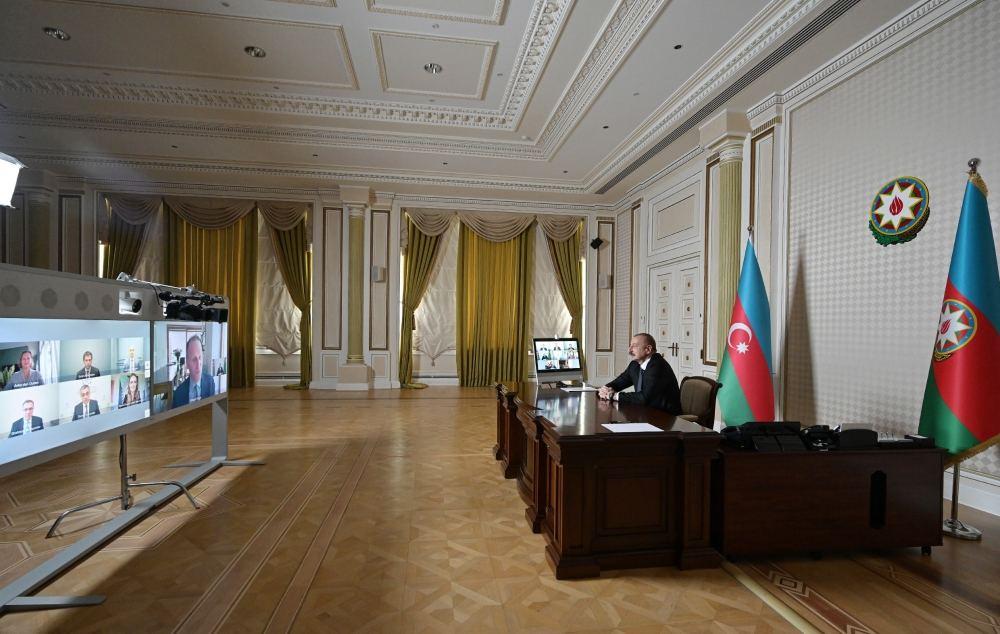 A video conference initiated by Microsoft has been held between President of the Republic of Azerbaijan Ilham Aliyev, the company’s Vice-President Philippe Rogge, Head of Corporate, External and Legal Affairs in Central and Eastern Europe Nanna-Louise Linde, and other representatives of Microsoft,  Azerbaijani presidential press-service reported on June 16.

Presidential Aide Shahmar Movsumov and Minister of Transport, Communications and High Technologies Ramin Guluzade also participated in the videoconference on behalf of Azerbaijan.