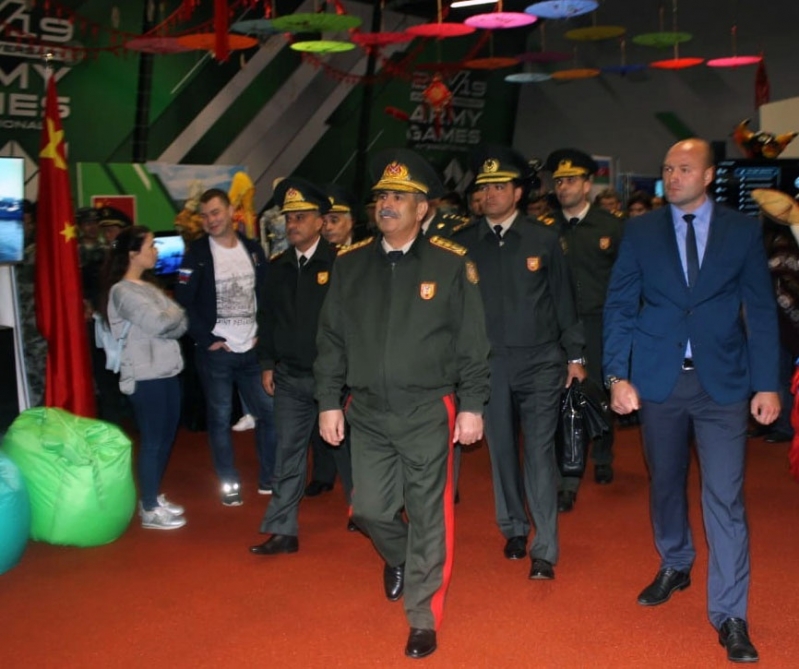 Azerbaijan`s Minister of Defense, Colonel General Zakir Hasanov, who is on a visit to Moscow, has watched a competition between the teams that qualified for the finals of the “Tank Biathlon” contest organized at the Alabino training ground and took part in the awards ceremony for servicemen who became winners.

The Azerbaijani defense minister together with his Russian counterpart, General of the Army Sergei Shoigu arrived at the Friendship House at the Alabino range.

They visited the Azerbaijani pavilion at the exhibition of examples of the culture of the participating countries and watched the expositions reflecting the history, culture, traditions, and life of the country.

The solemn ceremony of the International Army Games-2019 ended with a gala concert. 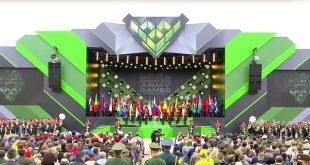 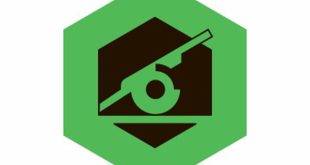