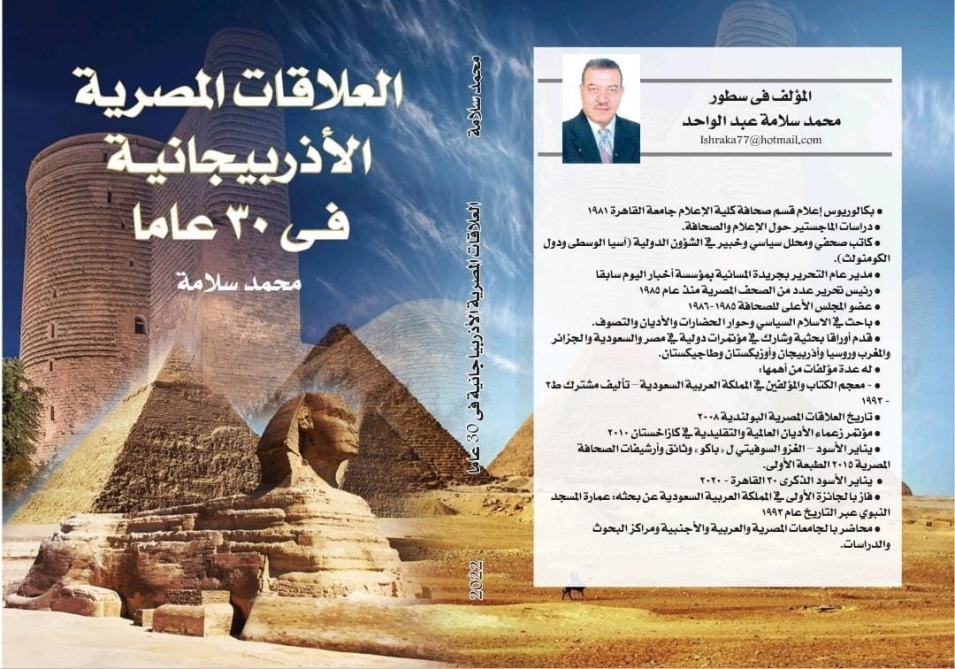 Speaking at the event, Mohammad Salama said that the research work is dedicated to the 30th anniversary of establishment of the Egypt-Azerbaijan diplomatic relations. He noted that the book of 219-page and six chapters features political, economic, cultural, educational, religious, tourism and sports cooperation between the two friendly countries over the years, especially inter-parliamentary relations and the establishment of a friendship group, as well as that Egypt was the first Arab and African state to recognize the independence of Azerbaijan.

The book provides the detailed information about the official visit of Azerbaijani President Ilham Aliyev to Egypt in May 2007, the signed documents, cultural and other significant events.