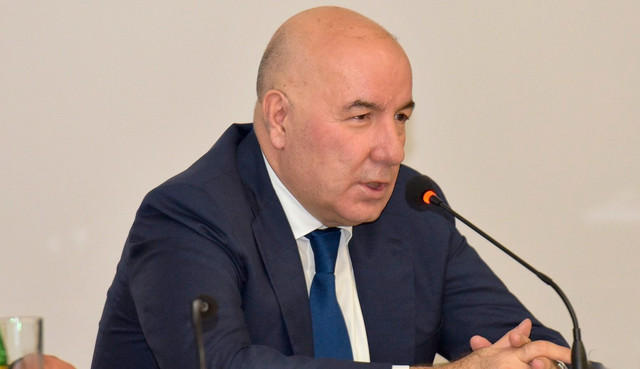 Chairman of the Board of the Central Bank of Azerbaijan (CBA) Elman Rustamov has described as satisfactory the country’s financial sector.

Addressing the presser of CBA and the Deposit Insurance Fund on June 1, Rustamov said: “The loan portfolio of banks has grown by 2.8 percent since the beginning of this year, in particular, by 0.8 percent in May. The main growth was achieved due to business and mortgage loans, whose portfolio grew by 4.9 percent and 9.5 percent accordingly during the reporting period,” Rustamov said.

Moreover, the CBA head noted that since the beginning of 2020, banks have issued new loans to the real sector worth AZN 2.6 billion ($1.53 bn).

“In general, the banking sector has sufficient liquidity. To date, banks’ liquid funds exceed AZN 9 billion ($5.3 bn), which amounts to 29 percent of the banking sector’s assets. Banks also fulfill all their obligations in a timely manner. Deposits of the population decreased by 3.7 percent since the beginning of the year, which is explained by the excitement in the market. In May we are already witnessing a growth of AZN 53 million ($31.2M) or 0.3 percent,” he emphasized.

Touching upon the statistics of restructuring of loans, Rustamov noted that Azerbaijani banks have received 57.000 applications so far.

He said that the volume of restructured loans envisaged in the applications reached AZN 1.4 billion ($823 million), of which 94 percent are business loans and 3 percent are mortgage and consumer loans.