Hungary today: Hungary could import gas from Azerbaijan from 2023 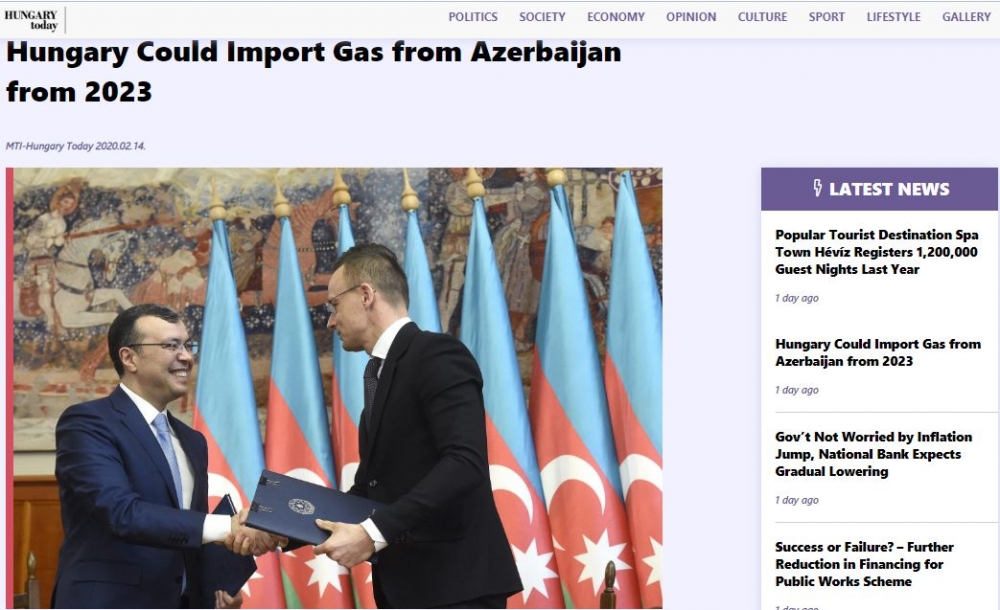 “Addressing a press conference after a meeting of the Hungary-Azerbaijan mixed economic committee, Szijjártó said the annual 1-2 billion cubic metres of gas Hungary would import from Azerbaijan would greatly boost the security of the country’s gas supply.”

“He said Hungary’s purchase of Azeri gas had been made possible by the near completion of the southern gas corridor and Azerbaijan’s increase of its gas output which now exceeds 45 billion cubic metres a year.

“Szijjártó said this had been the largest Hungarian investment in the Caucasus,” the newspaper said.