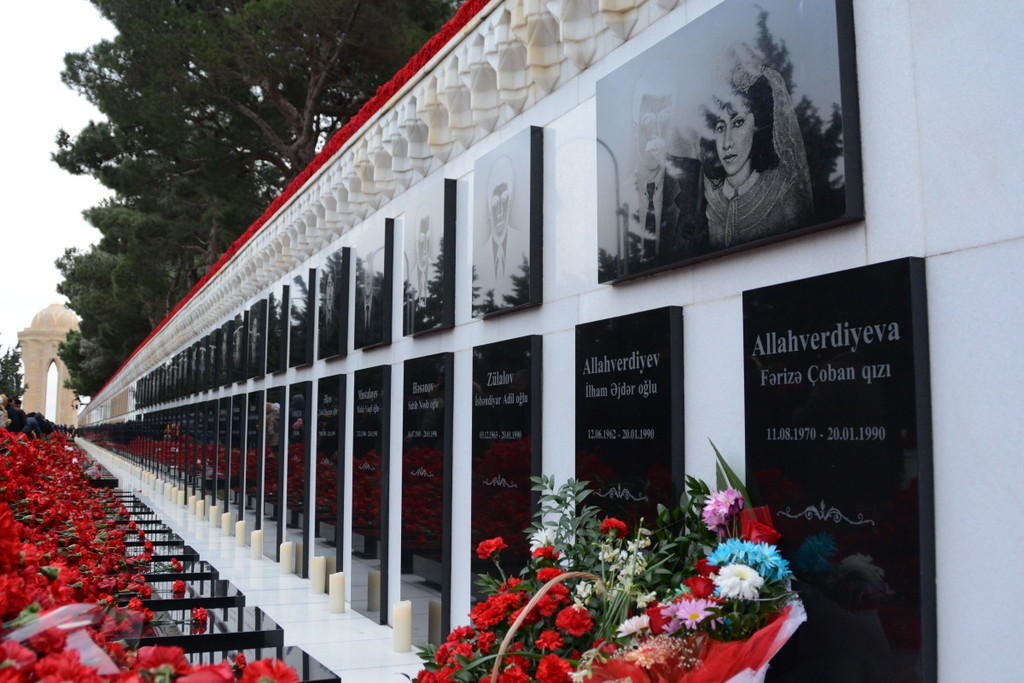 The first thing people see while coming to Baku’s Highland Park is the lines of graves, identical rows of light marble with portraits of men, women, and children. The tombstones bear the same date of death – January 20, 1990.

The day of January 20, 1990, became a tragic and heroic page in the history of the struggle for independence and territorial integrity of Azerbaijan.

The events of Black January became a turning point in the process of the collapse of the USSR and in the life of the Azerbaijani people.

With the aggravation of the Karabakh conflict, a national movement grew in Azerbaijan, the situation in the country became tense and the Popular Front of Azerbaijan (PFA) was created.

On the night of January 19-20, under direct instructions from Mikhail Gorbachev, the then secretary-general of the Central Committee of the Communist Party of the Soviet Union, military units from the USSR Defence Ministry, the State Security Committee, and the Interior Ministry entered Baku and nearby regions to suppress large-scale popular uprisings protesting against the aggressive actions of Armenia.

Soviet troops totaling 40,000 people began to fire at civilians without warning and declaring a state of emergency. The operation received the code name “Strike”.

As a result of the January tragedy, 147 civilians were killed and 744 more were wounded in Baku and nearby regions. Among those killed were women, children and the elderly, medical employees, and policemen.

At the same time, a total of 841 civilians were arrested in Baku and other cities and regions of the republic, 112 of whom were sent to prisons in different cities of the USSR.

The massacre marked the beginning of the end of Soviet rule and served as a trumpeter for the national awakening movement in Azerbaijan. People were shocked that the Soviet Union could turn against them and kill them. A countless number of people started renouncing their Communist Party membership and some even burnt their party membership cards publicly.

The horrors of January 1990 failed to break the will of the Azerbaijani people and their desire for freedom.

Thirty-two years have passed since the bloody events of January 20, 1990, and the Azerbaijani people continue to hold the memories of the martyrs dear to their hearts.

Every year on this date, the residents of Azerbaijan visit Alley of Martyrs, where the sons and daughters of Azerbaijan who gave their lives for the independence and integrity of the homeland are buried. A nationwide moment of silence is observed to commemorate the January 20 martyrs.

As mentioned, this day will forever be inscribed in the country’s history as a day of heroic struggle in the name of the freedom and territorial integrity of Azerbaijan.