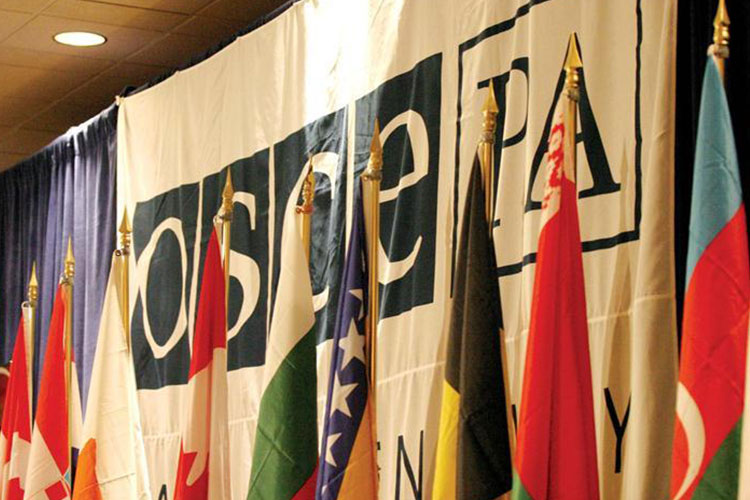 Approximately a month ago, a meeting was organized between Azerbaijani and Armenian parliament members with the initiative of OSCE PA president and bureau members at the German city of Leinsweiler”, said Azay Guliyev, vice-president of OSCE PA, member of Milli Majlis to APA’s Georgian Bureau.

He stated that meeting was held within the workshop organized for parliamentarians: “Role of parliamentarians in the resolution of conflicts was discussed and there were initiatives regarding our region. We reached an agreement on humanitarian issues. Swapping prisoners of wars through the all-to-all principle, organizing meetings between Azerbaijani and Armenian communities of Nagorno Karabakh and strengthening the function of Armenia-Azerbaijan peace platform were the issues included to the agenda. Unfortunately, although Armenian parliament members were initially agreed, they did not give any concretely positive replies regarding the issue. I think parliamentarians should support the discussions and negotiations of leaders of states. We would like to solve the conflict peacefully. We want to restore the territorial integrity of Azerbaijan and withdraw Armenian armed forces from occupied Azerbaijani territories”.

Vice-president of OSCE PA said that certain contacts have been established on the initiative of the President and the Secretary-General within the framework of OSCE PA since that, but these discussions have not yielded to concrete results due to Armenian side’s unreadiness to the dialogue and initiative.

Azay Guliyev added that OSCE PA currently has some initiatives. “Among these initiatives, there is a meeting of Armenian and Azerbaijani parliamentary speakers within a certain time frame. I would not like to go in details, but I can say that the Azerbaijani side has always stated that it is ready for a constructive and healthy discussion. We are currently ready to this as well, but these discussions cannot be one-sided. The opposite side has also to be ready for the discussions.