Home / Azerbaijan / THE OTHER SIDE OF DEVALUATION 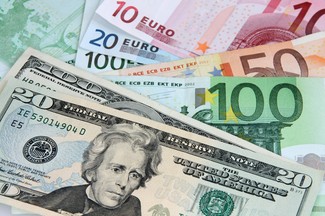 The drop in the value of the manat is creating fresh opportunities for the private sector in that it is preventing a drastic rise in prices.

A two-fold devaluation of the manat in 2015 has undoubtedly made a ne-gative impact on household incomes and consumer prices.

However, the government lays special emphasis on the issue of prices in an effort to prevent their artificial growth. And this effort seems to be largely rewarded.

It is a symbiosis of the actual ex-change rate of the manat and the retention of inflation within acceptable limits that can create new prospects for the development of the non-oil sector. In this case, the current losses and difficulties will be fully justified in terms of the future well-being.

First of all, we are talking about the development of the tourism sector. Devaluation should do away with Baku’s status as one of the most expensive cities in the world.

An important tool for attracting foreign tourists to Azerbaijan is renting out real properties. The sharp devaluation of the manat during the year may reduce the price of real estate in Baku by some 80-85 per cent, down to 800-900 dollars per square meter. Rents in dollar terms could be reduced by almost 50 per cent. It is noteworthy that property prices and rents in manats will remain unchanged, but tourists are primarily interested in currency equivalents. Of course, property owners can set prices in foreign currency with due account for the devaluation, but the declining purchasing power of the population speaks of the need to reduce prices.

Meanwhile, the situation with the change in prices on the consumer market, as against the real estate market, differs noticeably. The difference can even be observed in price rises in the food market as compared with non-food items.

Today, dollar prices on Azerbai-jan’s food market are almost equal to food prices in neighbouring countries. Authorities have managed to avoid the rise in food market prices in the wake of the national currency devaluation by 50 per cent, although even a 30 per cent rise is hardly painless for the population.

Now it is important to prevent an artificial increase in prices on the part of businessmen who are seeking to maintain their profit margins in dollar terms.

Struggle with representatives of this class of entrepreneurs is to be carried out by the staff of the State Service for Antimonopoly Policy and Consumer Rights Protection under the Ministry of Economy and Industry and the Main Directorate for Combating Corruption under the General Prose-cutor’s Office. Based on their action plan, representatives of these agencies should, in the course of joint activities, identify instances of artificially high prices and shortages of goods provoked by economic agents and hold the offenders administratively, materially and criminally liable.

This is a very powerful argument against the entrepreneurs who, unlike the general population, are not ready to sustain the loss of their income in the light of the national currency devaluation. But these measures will not have a long-term effect in the consumer market without reforms in the sphere of customs regulation and elimination of monopolies appreciably affecting the prices of imported goods.

An important step here is the opportunity for entrepreneurs to declare imported goods using the Electronic Government portal. This will greatly reduce the human factor in the process of customs clearance of goods and eliminate opportunities for monopolistic collusion, which is going to promote competition and lower prices. It concerns, first of all, a group of non-food products. Unfortunately, this group of goods is subject to rapid price increases due to the lack of local production. Retail outlet owners suggest that there is a direct link between the rise in prices and the devaluation of the manat, as these goods have to be purchased for foreign currency and the owners are forced to raise prices in proportion to devaluation. Today, the largest price increase is observed in the segment of non-food products.

Another advantage is the reduction in air ticket prices announced by Azerbaijan Airlines (AZAL). In particular, the price of tickets for low-cost destinations – including Moscow, Dubai, Istanbul and Antalya – will be 89 euros, a reduction of 10 euros.

Due to the change in the national currency rate against the euro, AZAL is also revising fares for most destinations (Russia, Ukraine, Turkey, Iran, Kazakhstan, etc.).

All these measures can actually strengthen the tourism sector, as the country enjoys ideal conditions with low prices at tourist attractions and adjusted prices at catering facilities. The development of the tourism business is going to significantly revive the situation in the non-oil sector of the economy and create new jobs.

Freight traffic through the country can also contribute to increasing the efficiency of the national economy in devaluation circumstances. The leadership of Azerbaijan has conducted structural reforms in the transport sector, with freight rates being reduced and customs procedures simplified within a short time. By the way, Ukraine may soon join in the international Transport Corridor Europe-Caucasus-Asia (TRACECA).

If the rate of growth in freight traffic through the TRACECA corridor can be maintained, revenues of Azerbaijani transport workers may increase from the current 300-350m dollars to 2bn dollars per year.

In part, this is facilitated by the geopolitical situation, including the deterioration of relations between Russia and Turkey and the blockade of Ukrainian transit goods through the territory of Russia. As a result, Turkish and Ukrainian shippers actively use the Azerbaijani route for making deliveries to Central Asia and China.

However, the TRACECA corridor passes not only through Azerbaijan, and goods, primarily from Turkey, can be transported along a more southern route – through Iran, and then to Turkmenistan, Kazakhstan and China. Thus, Azerbaijan and its Georgian partners need to create the most favourable conditions so that shippers do not go for routes more to the south.

Now is the time to prove that the Azerbaijani government can work even more effectively despite the continuing downward trend in oil prices.

Most importantly, we must take into account all the negative lessons of this crisis, so that in the subsequent period of rising oil prices (sooner or later, the prices will rise) the income from the oil and gas sector would account but for a small share in the budget. 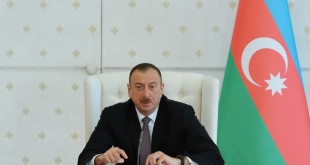