Turkish FM: Azerbaijan capable of liberate occupied lands by itself 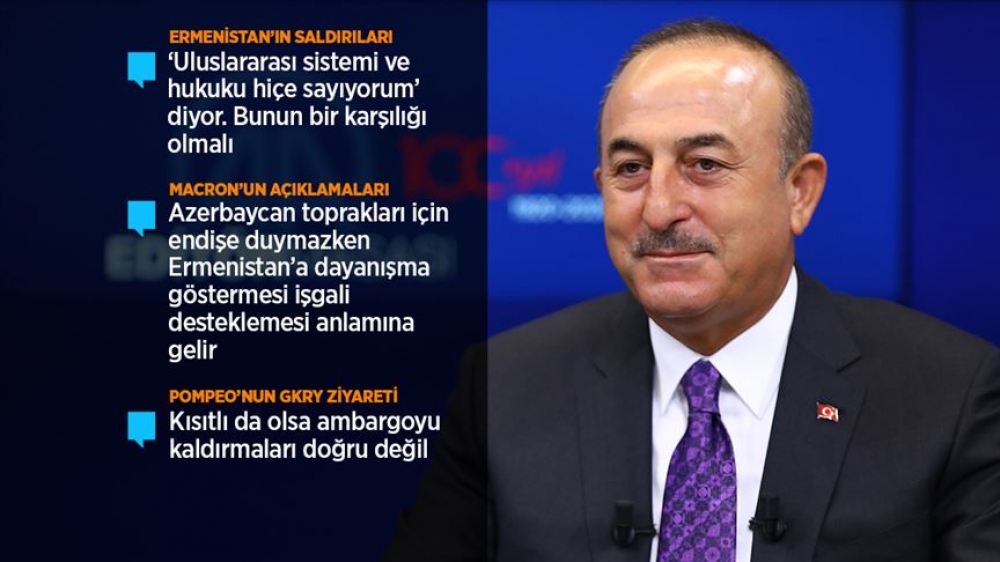 Azerbaijan has the ability to liberate its occupied lands by itself, Turkey’s top diplomat said Wednesday, amid Azerbaijan fighting off an offensive by Armenian forces in occupied Nagorno Karabakh, Foreign Minister Mevlut Cavusoglu said at Anadolu Agency’s Editors’ Desk.

“Azerbaijan is fighting to protect its own lands. Where in the world are the occupied and occupier treated the same?” he noted.

With these attacks Armenia ignored the international system and international law, Cavusoglu said, adding that this attitude deserves a response.

Turkey continues to support Azerbaijan, he added, saying: “We said that if Azerbaijan wants to solve [the Armenian occupation problem] on the ground, we will stand by Azerbaijan.”

Cavusoglu stressed “diplomacy hasn’t worked for 30 years” to solve the conflict in Nagorno Karabakh, with no solution reached at the negotiating table since Armenia’s illegal occupation began in 1991, and this failure served to “encourage” Armenia.

“Despite all the warnings, where does Armenia find its courage?” he asked.

“If Armenia hadn’t enjoyed support today from other countries, from the West, Russia, it wouldn’t be able to muster up this courage.”

Cavusoglu slammed the international community for only urging a cease-fire but failing to call Armenia to leave the occupied territories of Azerbaijan.

“This is not a proper approach,” he added.

Previous Hikmat Hajiyev: If attacks against Azerbaijan from Armenian territory are not stopped, adequate measures will be taken against military targets which carry out firing
Next Nagorno-Karabakh Conflict: Renewed Clashes between Armenia and Azerbaijan