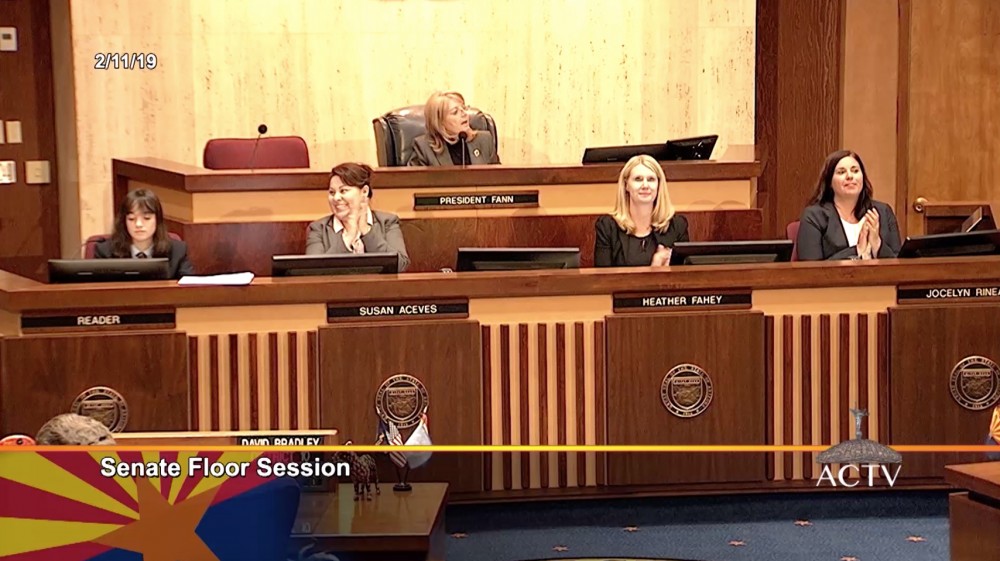 A presentation on Azerbaijan has been held at the Arizona State Senate. Held during the Senate’s floor session, the presentation was attended by Consul General of Azerbaijan in Los Angeles Nasimi Aghayev.

As part of his working visit to Arizona, Consul General Aghayev met with the President of the Arizona State Senate Karen Fann, the Speaker of the Arizona State House of Representatives Russell Bowers and other Senators and Representatives. At the meetings Consul General informed the legislators about Azerbaijan’s history of independence, its geographic location, traditions of multiculturalism and interfaith harmony. He also provided an insight into the Armenia-Azerbaijan conflict and highlighted the latest developments in the peace process.

At the invitation of America Israel Public Affairs Committee (AIPAC), which is one of the most influential Jewish organizations in the United States, Consul General Nasimi Aghayev also attended AIPAC’s annual gala in Arizona. At the gala, Consul General Aghayev had the opportunity to meet with U.S. Senators and Congresspersons, who represent Arizona in Washingon, DC.

Previous Mugham singers to perform at Heydar Aliyev Palace
Next Azerbaijani media play an important role in the life of our country, President Ilham Aliyev