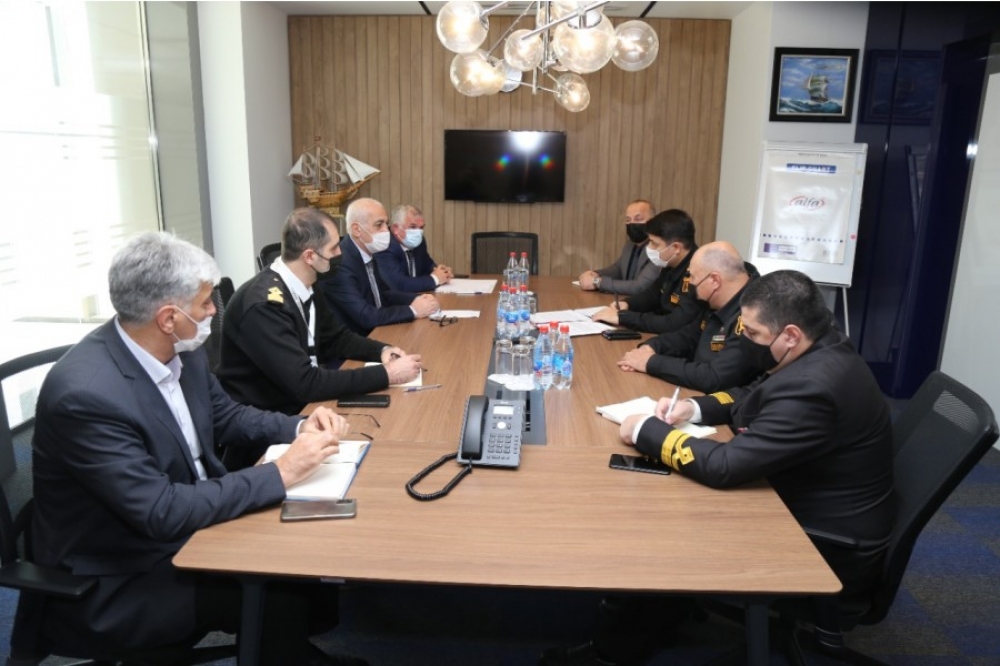 Representatives of Azerbaijan Caspian Shipping Company, (ASCO), SOCAR, the State Agency for Maritime and Port Management, the Hydrographic Department of the Naval Forces and the Baku International Sea Trade Port CJSC have held a meeting on ensuring navigation safety in the Azerbaijani sector of the Caspian Sea.

During the meeting, initiated by ASCO, the participants discussed such issues as the removal of expired jackets, piers and other metal structures from the seabed in order to improve the environmental situation, the re-publishing of nautical charts in this regard, update of the electronic map of the Caspian Sea for ships, sailing under the Azerbaijani flag, by the Hydrographic Office, displaying the marine waters of ports and berths registered in the territory of the Republic of Azerbaijan on the maps of the new edition.

Following the discussions, it was decided that SOCAR will provide the Hydrographic Department of the Naval Forces, as well as the State Agency for Maritime and Port Administration with information on the work (construction and repair of jackets, dismantling of expired deep-water jackets, construction and dismantling of underwater pipelines, etc.) carried out by the company in the Azerbaijani sector of the Caspian Sea.

The Hydrographic Department of the Naval Forces will first ensure the updating of nautical charts in accordance with the work carried out by SOCAR in Sangachal (OGED named after N. Narimanov), bringing electronic maps of the Caspian Sea in compliance with standards and requirements, displaying the sea water area of ports and berths of ships registered on the territory of the Republic of Azerbaijan, on the maps of the new edition, as well as updating the literature on navigation.

Moreover, if the ship’s crew detects a discrepancy that is not reflected on the charts (any floating object, changes in depths, etc.); the crew members provide information to ASCO, which, in its turn, ensures the transfer of this information to the Hydrographic Department.

The participants also agreed on the creation of a commission, comprised of employees of the relevant agencies, to monitor the implementation of the listed works, as well as to hold meetings of the commission members once a month.