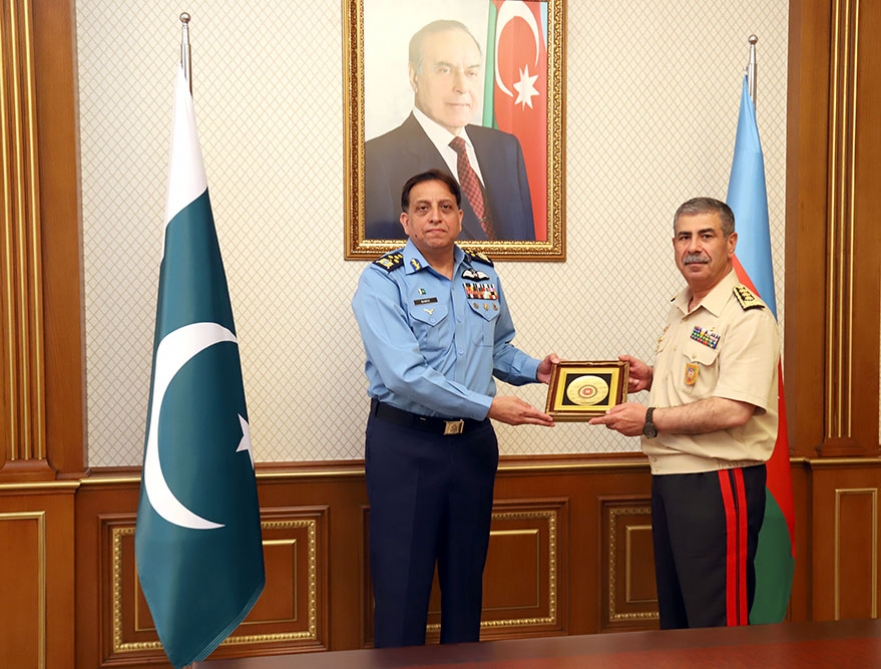 The Defense Minister stressed that there is traditional friendship and mutual trust between the two peoples, as well as Azerbaijani-Pakistani relations and strategic partnership are developing.

The Chief of the Air Force of Pakistan emphasized that there are historically friendly ties between the peoples of the two countries. It was noted that Azerbaijani-Pakistani relations have expanded in various directions and strengthened significantly and that there is a great potential for bilateral military cooperation.

The sides discussed issues of further expansion of relations between Azerbaijan and Pakistan in the military, military-technical, and military-educational spheres.