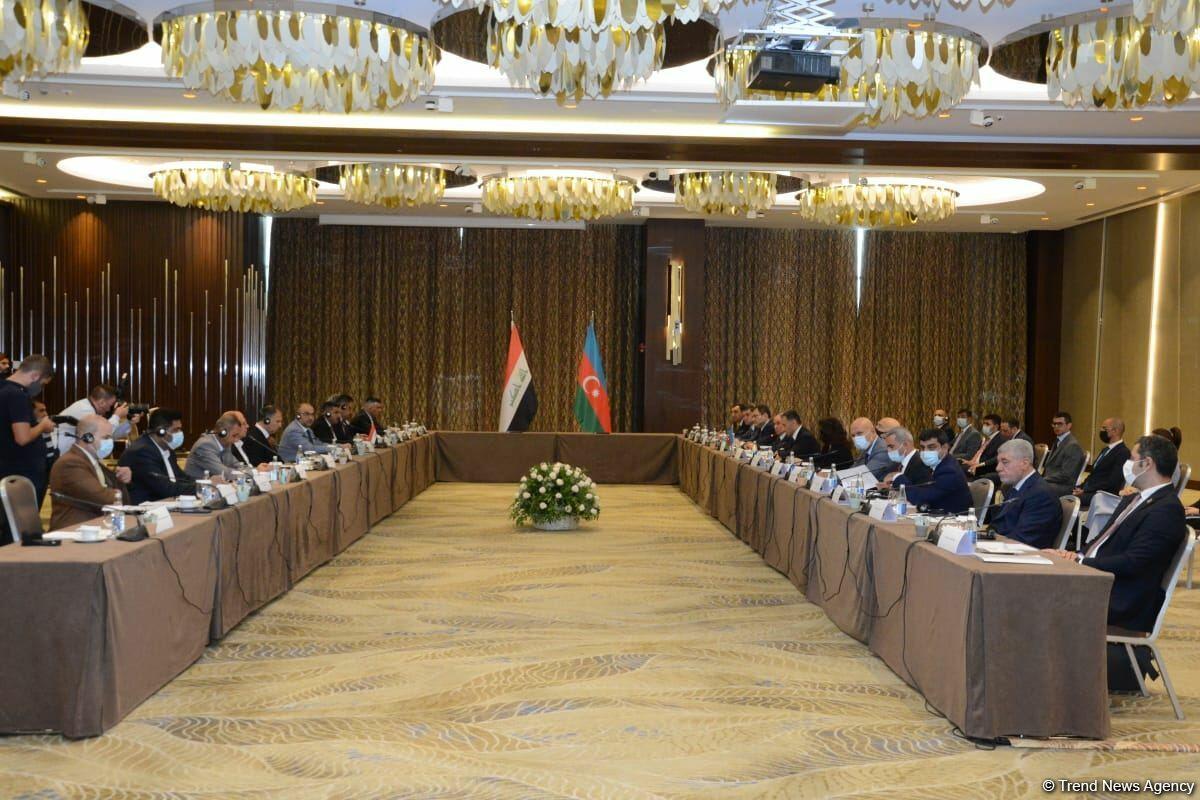 The trade turnover between Azerbaijan and Iraq increased by more than 35 percent year-on-year in the first six months of 2021, after a decrease of 30 percent in 2020, Azerbaijan’s Deputy Economy Minister Sevinj Hasanova has said.

She made this remark during the second meeting of the Joint Commission on Trade, Economic, Scientific, Technical and Cultural cooperation between Azerbaijan and Iraq held in Baku on August 6.

She noted that over 180 companies with Azerbaijani capital have been registered in Iraq.

Emphasizing the support for the development of the bilateral relations, Hasanova underlined that the Azerbaijani side stands for the establishment of a business council with Iraq.

“We will further expand this cooperation within the framework of the intergovernmental commission of the two countries on mutual cooperation in a number of spheres,” the minister stated.

He added that Azerbaijan and Iraq have great potential to increase bilateral trade turnover.

Likewise, the minister invited the Iraqi side to work and invest in the Alat Free Economic Zone.

Nabiyev also noted that the opening of the Zangazur corridor will have a positive impact on Azerbaijan’s economy and the region as a whole.

In turn, Iraqi Communications Minister Arkan Al-Shaibani stated that Azerbaijan and Iraq have the potential for further development of economic relations.

The minister underlined that a lot of work is being done in this direction, including the growth of trade turnover and the increase of mutual investments.

“We aim to develop not only trade but also sectors of tourism, education, information and communication sector,” he said.

Speaking about the Alat FEZ, its Board Chairman Valeh Aleskerov highlighted that the zone aims to attract new technologies to Azerbaijan and develop the country’s investment potential.

He noted that the legal framework of the free economic zone provides protection of the interests of all participants of economic activity.

“Investors and legal entities will be fully exempt from taxes and payments, customs duties and taxes on salaries of employees”, Aleskerov said.

He underlined that the liberation of Azerbaijani territories opens new opportunities in the region.

“The Zangazur corridor will connect the East with the West, and Iraq will also be able to use it for cargo transportation, he stated.

The ministers of the two countries signed a protocol on the results of the second meeting of the Joint Commission on Trade, Economic, Scientific, Technical and Cultural cooperation between Azerbaijan and Iraq.

Nabiyev stated that the provisions of the protocol on economic cooperation will be discussed annually. In turn, the Iraqi minister expressed confidence that this will further strengthen bilateral cooperation.

It should be noted that the joint commission was established in accordance with the “Agreement between the Government of Azerbaijan and the Government of Iraq on trade, economic, scientific, technical and cultural cooperation” signed in Baku on November 10, 2010.

Previous Talks held between Turkish ambassador to Azerbaijan and Trend News Agency
Next Aliyev: Azerbaijan in solidarity with Turkey to extinguish wildfires