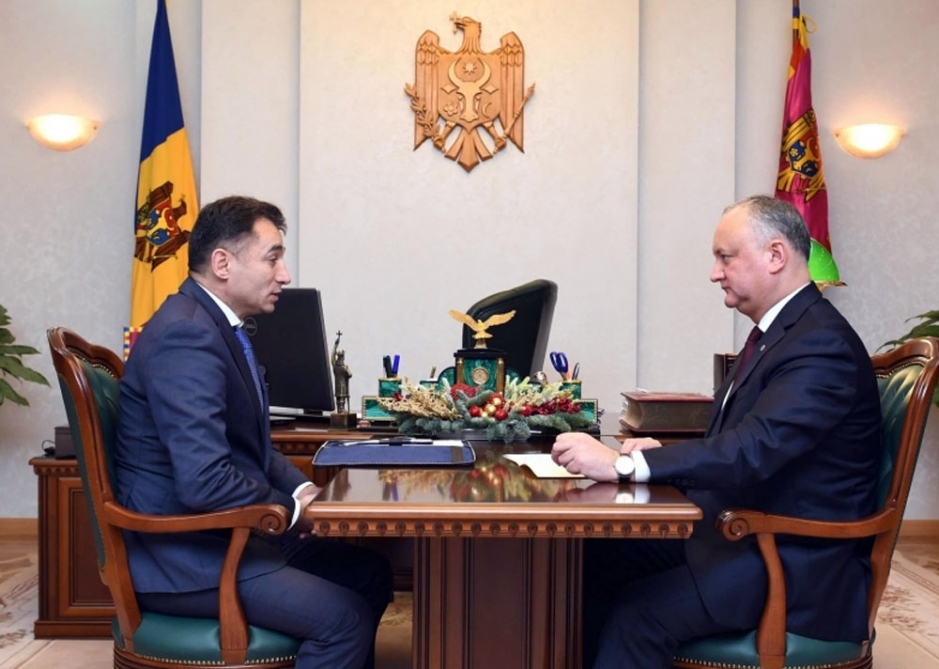 President of Moldova Igor Dodon has received Azerbaijani Ambassador to the country Gudsi Osmanov. The sides discussed bilateral cooperation between the two countries in economic, trade and humanitarian spheres.

The sides also stressed the importance of expanding ties in all areas of mutual interest, as well as the fourth meeting of the Intergovernmental Commission on Trade and Economic Cooperation, which has not been held since 2012.

Igor Dodon expressed his country’s interest in using the Azerbaijani companies’ experience in the implementation of infrastructure projects. The sides also reviewed the aspects of social and humanitarian cooperation between Moldova and Azerbaijan. The President expressed his gratitude to the Azerbaijani side for the attention and assistance rendered to Moldova, especially to Autonomous Territorial Unit of Gagauzia. He noted that the construction of the Children’s Art Center in Ceadîr-Lunga with the support of the Heydar Aliyev Foundation, is nearing completion.