Azerbaijan ready to co-op with Pacific Alliance to rebuild Karabakh

Ambassador-at-Large Elshad Iskandarov has said that Azerbaijan is ready to cooperate with the Pacific Alliance countries in rebuilding its liberated lands, the Foreign Ministry reported on November 29.

Iskandarov made the remarks at the III International Cooperation Forum of the Pacific Alliance (PA) held in an online format on November 29.

The ambassador informed the participants about the large-scale reconstruction carried out on Azerbaijan’s territories liberated from Armenia’s 30-year occupation.

The representatives participating in the forum highlighted Azerbaijan’s unique experience in reconstructing its liberated lands and expressed their interest to cooperate in this field.

Iskandarov stressed Azerbaijan’s transit opportunities, noting that it will also be useful for the Alliance countries in the north-south, east-west directions.

Azerbaijan was represented as an observer member in the organization.

The representatives participating in the discussions of the forum noted the uniqueness of the experience of reconstruction carried out on the country’s liberated territories and expressed interest in cooperation in this area.

The Pacific Alliance is a Latin American trade bloc, formed by Chile, Colombia, Mexico and Peru, which all border the Pacific Ocean. The alliance was formed for improving regional integration and moving toward complete freedom in the movement of goods, services, capital and people between the four member states. The Alliance has combined nearly 230 million people. It makes up roughly 35 percent of Latin American GDP. 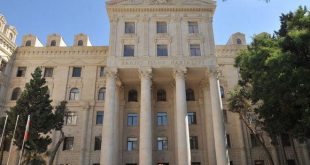