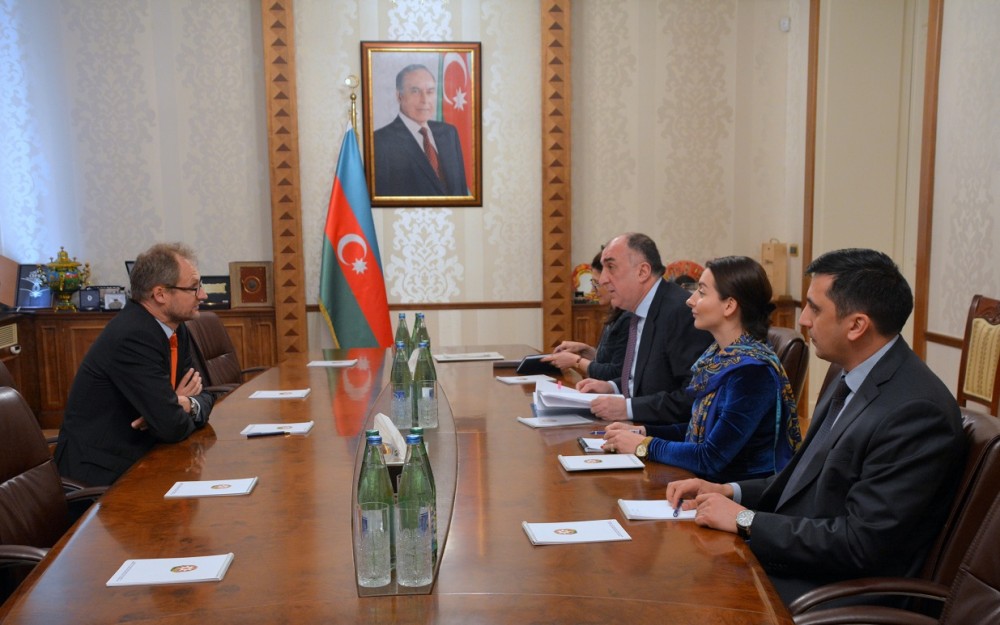 Azerbaijan`s Foreign Minister Elmar Mammadyarov has met with outgoing Ambassador of the Swiss Confederation to the country Philipp Stalder.

The sides hailed the development of political and economic relations between the two countries. Speaking about the Baku-Tbilisi-Kars railway, as a game-changer project in the region and other projects implemented with the initiative of Azerbaijan, Minister Mammadyarov noted the successful cooperation with a number of Swiss companies in this regard.

Ambassador Philipp Stalder especially noted the support rendered to him by the Azerbaijani side for fulfillment of his diplomatic activities and expressed his gratitude in this regard.