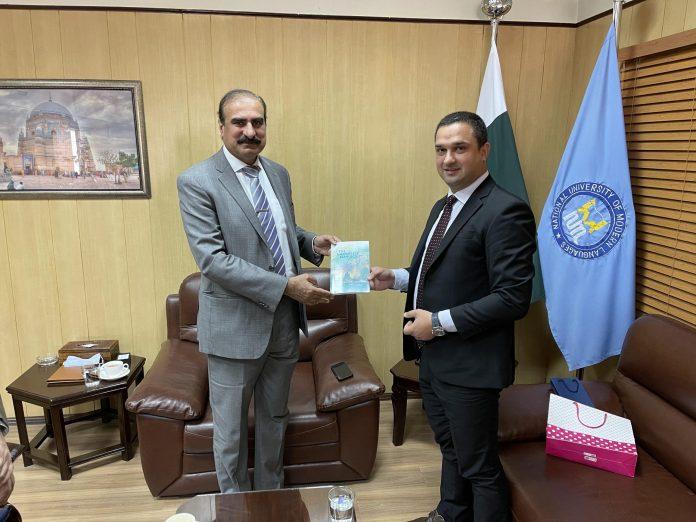 Azerbaijan will open a language center in Islamabad, Assistant Rector of Azerbaijan University of Languages, Anar Rahimov  said on August 18.

Addressing the meeting with Rector of Pakistan’s National University of Modern Languages, Mohammad Jafar in Islamabad, Rahimov said that the center will be launched in September through the collaboration of the two universities.

He added that Implementation of such a project will further strengthen the relations between countries and intensify people-to-people contact.

In turn, Jafar said that the university administration would provide all necessary assistance for the opening of this important landmark Center.

Furthermore, the sides exchanged views on bilateral relations between Azerbaijan and Pakistan during the meeting. Rahimov thanked Pakistan for the support provided to Azerbaijan during the Second Karabakh War.

Earlier, the Pakistani Cultural Center was inaugurated at the Azerbaijan University of Languages with the participation of the Speaker of Pakistan’s National Assembly Asad Qaiser.