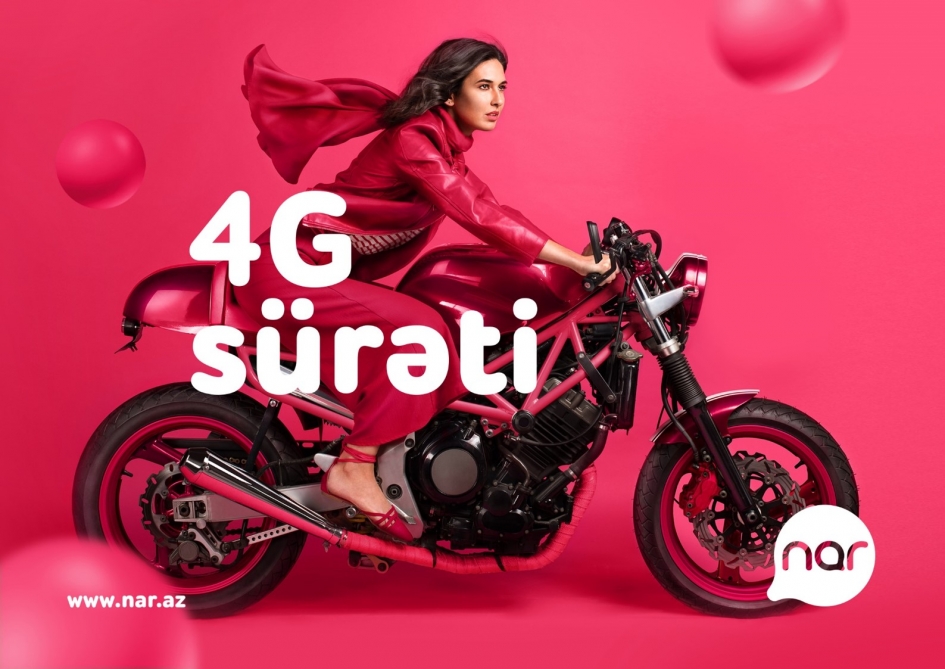 Nar, known for paying special attention to the regions provides its 4G service not only in Baku and Absheron but also in centers of other regions, cities and district centers. Currently, more than 47 regional centers are provided with 4G network. Nar provides mobile communication services even at the most remote villages of Azerbaijan. 72 percent of the 4G users of mobile operator reside in the capital Baku and 28 percent reside in the regions.

With a large network of over 7500 base stations, covering 97 percent of the country’s territory (except for occupied territories), Nar provides more than 2.2 million subscribers with high quality services. Along with 4G quality, beneficial prices offered by Nar create conditions for the subscribers to use mobile internet more actively.

“Azerfon” LLC (Nar brand) has started its operations on March 21, 2007, and within a short period of time became one of the leading companies of the telecommunications and mobile communication industry of Azerbaijan. The Nar brand name was selected as the symbol that resembles the cohesion of the rich cultural and historical heritage of Azerbaijan with the modern life. According to mobile network benchmarking tests, held in the year 2017, Nar network has demonstrated the highest results in the country, in terms of provision of mobile voice services. Testing was conducted by an independent international “P3 Communications” company, and methodology was based on customer experience in using various services.