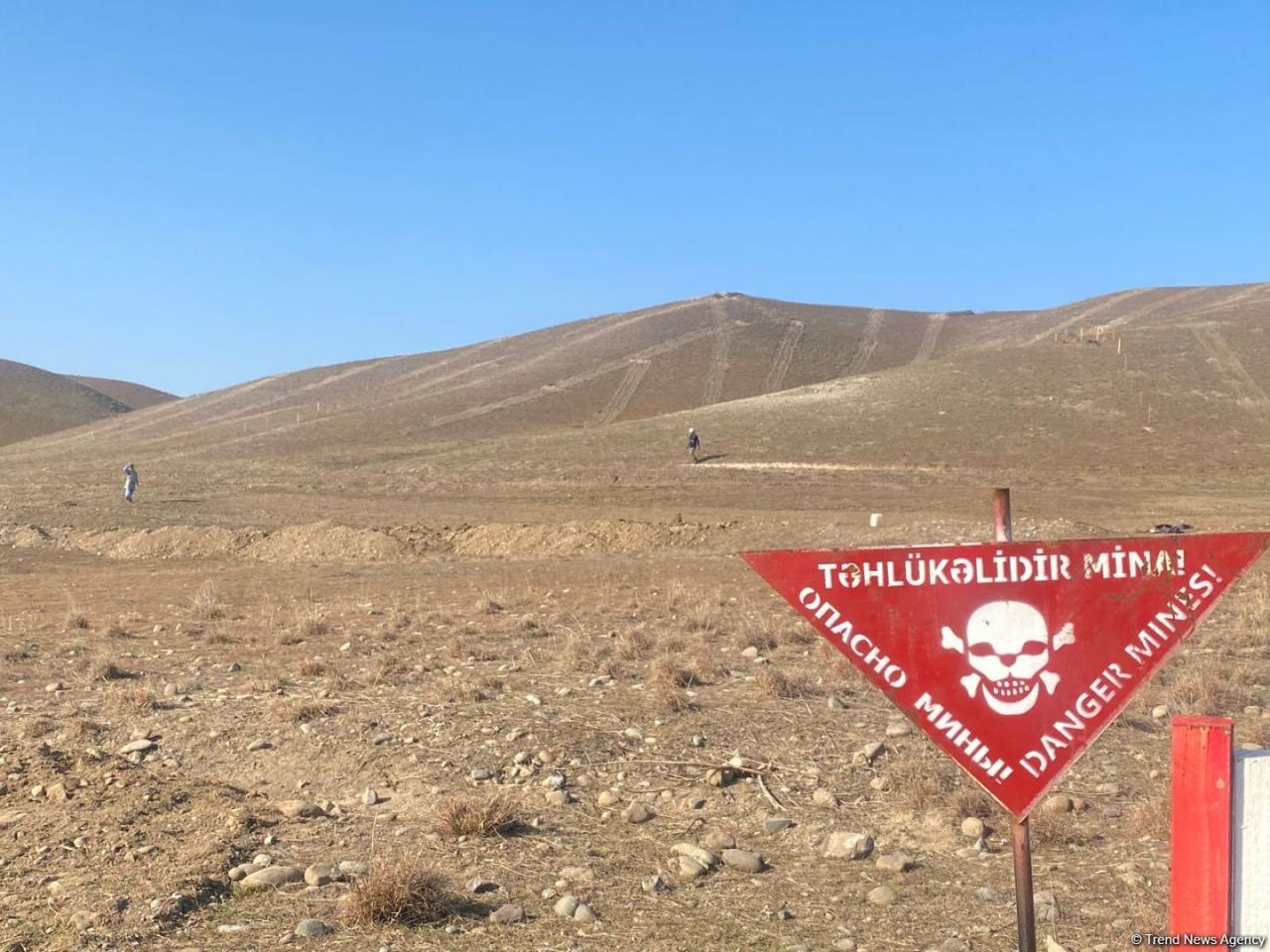 The two countries have jointly cleared 5,236 square meters of mines and explosive ordnance in Karabakh in January 2022, the Turkish National Defence Ministry was quoted as saying.

The ministry noted that Turkey continues to support Azerbaijan in clearing the liberated lands of mines and unexploded ordnance.

“Some 1,630 Azerbaijanis attended special training within the bilateral cooperation,” the message said.

Earlier, Azerbaijani Mine Action Agency (ANAMA) Deputy Chairman Samir Poladov stated that the demining activities are being carried out in the liberated lands, where restoration work is underway. Some 20,165 hectares of Azerbaijan’s liberated territories were cleared of mines and unexploded munitions in 2021 and 41, 503 mines and unexploded ordnance were neutralized in the mentioned period.

He emphasized that the most heavily mined territories in Azerbaijan’s liberated lands are located along the former contact line with the Armenian armed forces.

It should be noted that Azerbaijan’s Mine Action Agency (ANAMA), along with the partner countries, carries out demining activities on its liberated territories.

Armenia deliberately and constantly planted mines on Azerbaijani territories, in violation of the 1949 Geneva Convention, thereby being a major threat to regional peace, security and cooperation.

On December 9, the Prosecutor-General’s Office has reported that 29 civilians and seven military servicemen were killed, as well as 109 servicemen and 44 civilians received injuries of varying severity as a result of mine explosions in the country’s lands since November 10, 2020.

Previously, on June 12, Azerbaijan handed over 15 Armenian prisoners in exchange for a map detailing the location of 97,000 mines in formerly-occupied Aghdam.

On July 3, Armenia submitted to Azerbaijan maps of about 92,000 anti-tank and anti-personnel mines planted during the occupation of Fuzuli and Zangilan regions.

Azerbaijan and Armenia signed a Russia-brokered peace agreement on November 10, 2020, to end 44 days of fighting and work toward a comprehensive resolution.