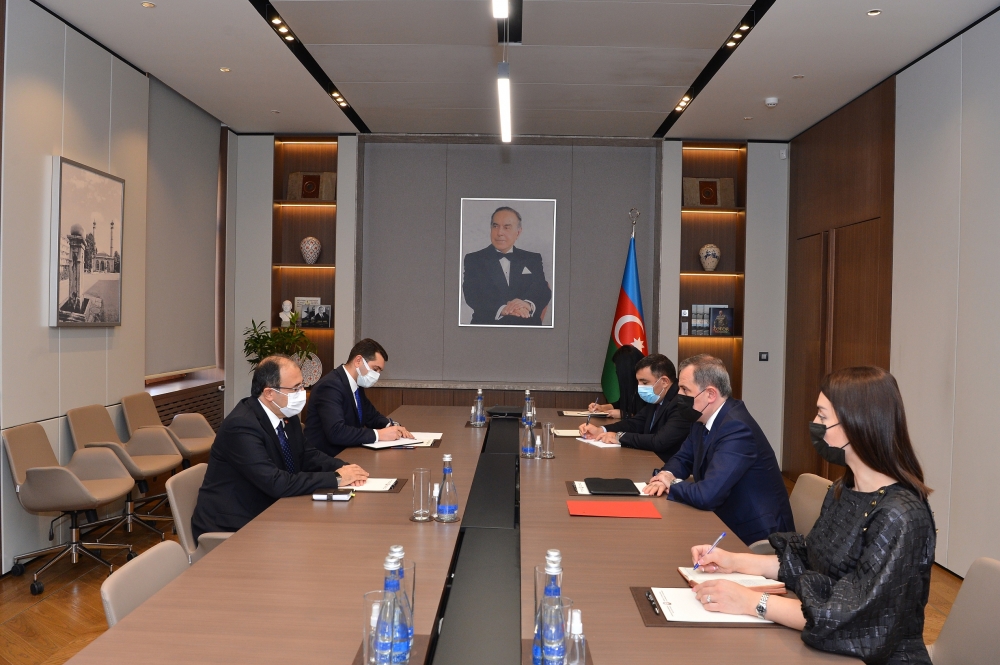 The sides exchanged views on the agenda of mutually beneficial cooperation and allied relations between the two countries.

It was noted that 2021 was very fruitful and diplomatically rich for the two countries both in terms of the development of bilateral relations and at the regional and global levels, and it was also emphasized that efforts will be mobilized in the coming year to further develop these relations.

Ambassador Cahit Bagci presented a letter of invitation to FM Jeyhun Bayramov to the Antalya Diplomatic Forum to be held in March next year.

Minister Bayramov thanked for the invitation and said that the first Forum was a very successful platform and that he would gladly take part in the upcoming event.

The sides discussed issues of cooperation between Azerbaijan and Turkey within international organizations, projects initiated and jointly implemented by both countries, as well as the meeting in the 3 + 3 format recently held within the framework of the regional consultation mechanism, and the prospects of trilateral and quadrilateral cooperation platforms.