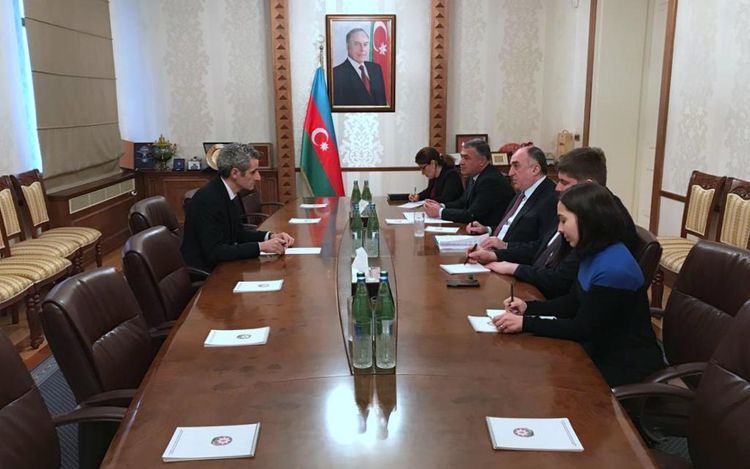 Congratulating the Ambassador on his appointment, Minister Elmar Mammadyarov expressed his hope that he would contribute to further development of relations between the two countries.

During the meeting, the sides exchanged views on development perspectives of cooperation in political, economic, scientific-educational, energy and other fields between Azerbaijan and France.

Ambassador Zacharie Gross stressed that he would spare no efforts to strengthen the ties between the two countries during his diplomatic term.