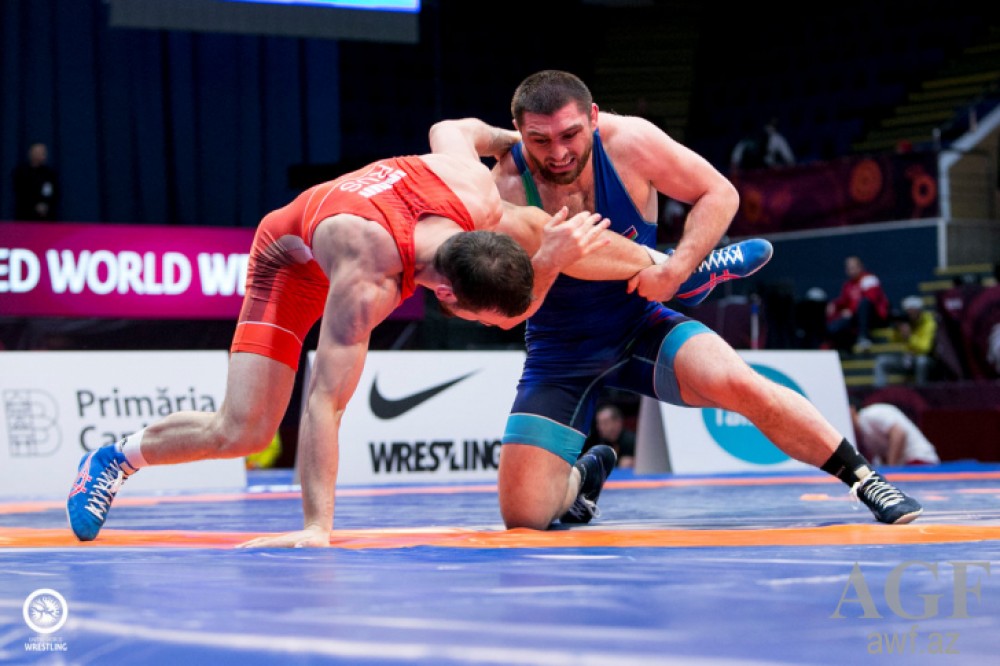 Azerbaijani Olympic Champion Sharif Sharifov (92kg) is one step away from earning the country another gold medal at the European Championships in Bucharest, Romania after he beat Georgian Irakli Mtsituri 8-2 in the semifinal.

He will wrestle with Polish Zbigniew Baranowski in the gold-medal bout.