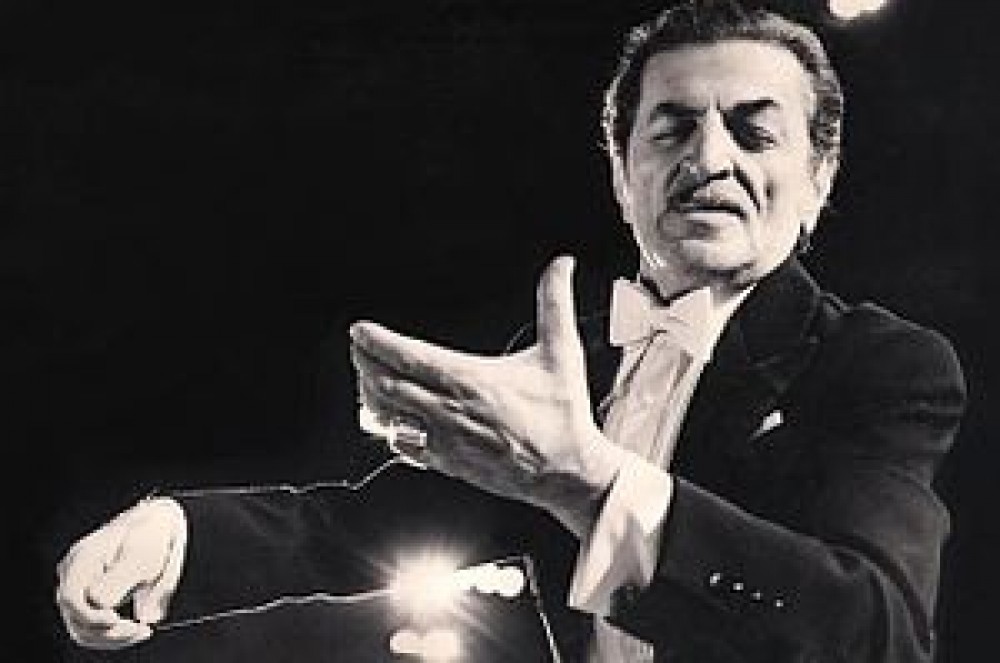 Niyazi was one of the greatest conductors of Azerbaijani classical music. He was the son of Zulfugar Hajibayli (Uzeyir Hajibayli’s brother, also a famous composer). Having conducted in the symphonic orchestras in Prague, Berlin, Budapest, Bucharest, New York, Paris, Istanbul, London, Tehran, Beijing, etc., Niyazi made Azerbaijani classical music world-famous. He captivated listeners with his energy, high artistic performance, and musical talent.

Niyazi was not only a great conductor but also a talented composer. His compositions always combined a national coloring with the methods of classical symphonic music.

Niyazi’s most significant works include the opera “Khosrow and Shirin” (1942), and the ballet “Chitra” (1960). The symphonic mugham Rast composed by Niyazi also successfully applies Azerbaijani musical folklore to the symphony genre and classical music in general. Rast was included in the repertoire of many symphonic orchestras around the world.

Niyazi also headed the Azerbaijan Symphonic Orchestra for 46 years from 1938 to the end of his life.

The Home-Museum of the great conductor and composer was founded in 1994 by the Decree and personal involvement of national leader Heydar Aliyev.