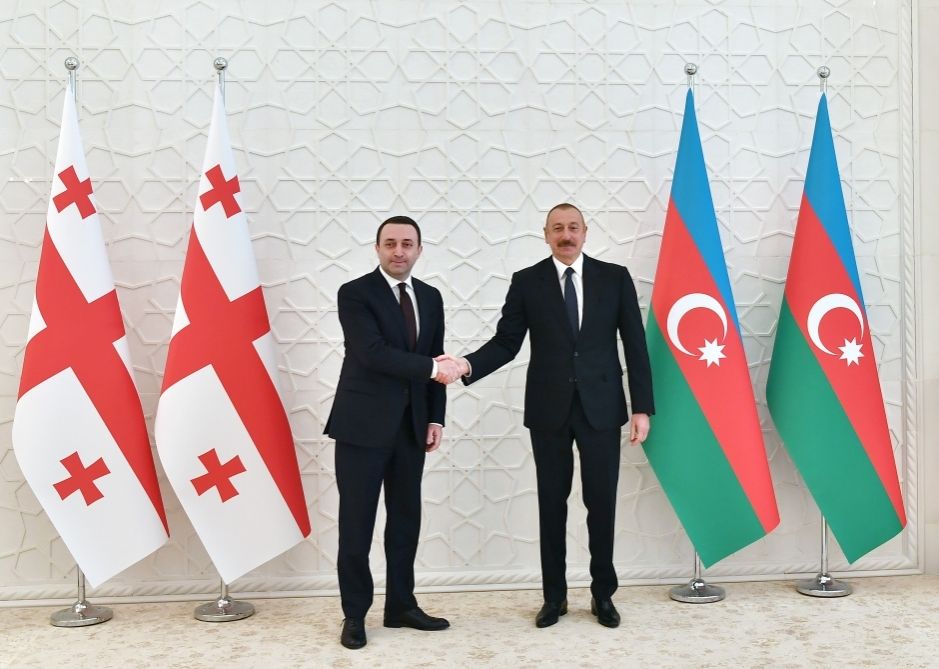 The president wished the prime minister the best of health and success in his activities, the report adds.

In his turn, Garibashvili thanked the president for the attention and congratulations.

During the conversation, the two men hailed the successful development of friendly relations between the two countries in various spheres and expressed their confidence that bilateral ties would continue strengthening.

Further, they exchanged views on prospects for bilateral relations and other issues of mutual interest.

Azerbaijan and Georgia are collaborating in a variety of economic spheres. The two nations signed a number of cooperation agreements in 2021 as part of a meeting of the joint intergovernmental commission on economic cooperation.

Simultaneously, as part of the trilateral business forum in Baku in December 2021, Azerbaijan, Georgia, and Turkey signed five memorandums and agreements on cooperation.