Home / Azerbaijan / President Ilham Aliyev: As a matter of fact, I want to ask this question again: What happened, Pashinyan?

President Ilham Aliyev: As a matter of fact, I want to ask this question again: What happened, Pashinyan? 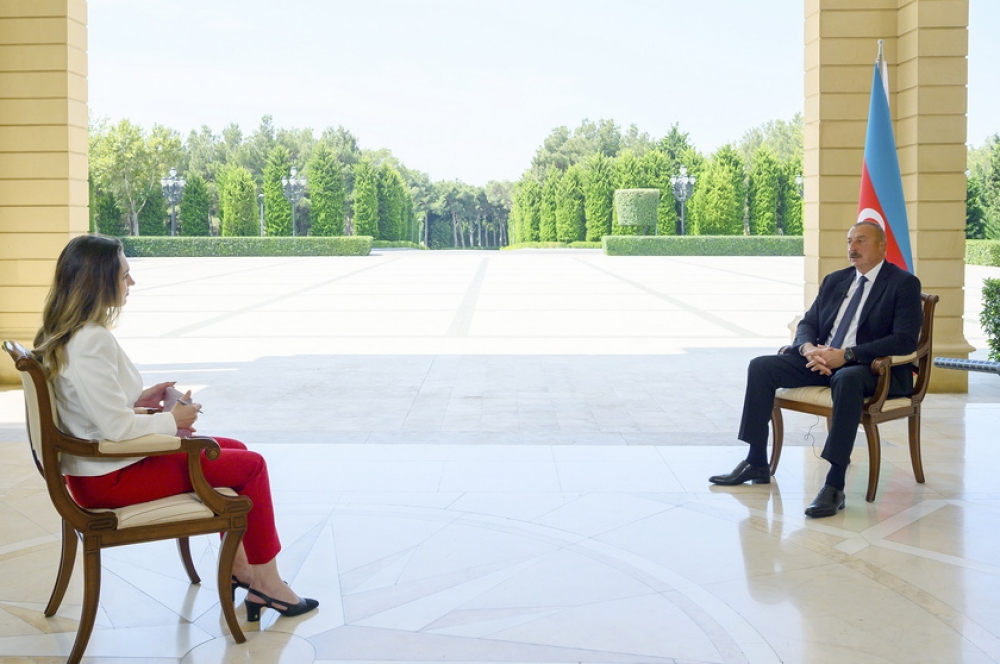 “Every day we had both happy and sad moments. Because from the first day of the war, we already won. On the first day of the war, several villages were liberated, which gave our army enthusiasm, confidence and faith. But we lost our people every day, we gave martyrs every day. The information given to me every day, those reports were burning us inside, so to speak. Every martyr is our child, every life that dies is priceless. Life is unique, death is a tragedy for relatives, parents, mothers, fathers and children. But at the same time, we had moments of victory every day. So during these 44 days, one half of our day was sad and the other half was happy. All the people of Azerbaijan were confident that we would do it,” the head of state said.

“I know that on the first days of the war some people were wondering whether we would or would not stop, whether Ilham Aliyev would go to the end or not. But as the war went on, everyone saw that there was no doing back and that we would go to the end,” the Azerbaijani President noted.