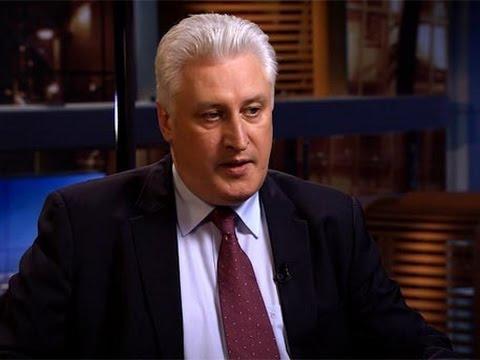 Azerbaijan’s victory in the second Armenia-Azerbaijan Karabakh war became the main military-political event of 2020 and objectively put Azerbaijan among the leading countries not only in the region, but also in the world, Editor-in-Chief of the authoritative Russian National Defense magazine, well-known military expert Igor Korotchenko told Trend.

He admitted that as a result of the war, Azerbaijan severely damaged Armenia’s military power.

“Modern Armenia is only capable of committing local military provocations, which it commits. But from a military, organizational point of view, the Armenian army does not exist today.”

Korotchenko stressed that Azerbaijan’s victory really opens up the prospects for the restoration of peace, security and stability in the South Caucasus.

“The initiatives that are of great interest today in terms of politics are, first of all, the restoration of transport routes in the region, and, accordingly, the launch and acceleration of all economic processes,” the expert said. “Therefore, Azerbaijan’s victory in the second Karabakh war opens prosperity, peace, security, sustainable development for the region.”

The expert stressed that of course, stability and security in the South Caucasus are one of the main priorities for Russia in the region.

“Russia’s initiatives in a number of spheres coincide with Azerbaijan’s position,” Korotchenko said. “We unanimously support the full implementation of the trilateral statement.”

The expert said that unfortunately, Armenia is not yet ready for peace today.

“The instability, the opposition rally, which is scheduled for November 8 in Yerevan, will show whether Armenia will be ready in the future,” Korotchenko said. “We can’t exclude a repetition of situation we saw a year ago, when the crowd stormed the government buildings, looking for Nikol Pashinyan to destroy him.”

The expert said that actually, this shows again the level of tolerance of the Armenian society, which is suffering from the point of view of those chauvinistic and often semi-fascist sentiments that prevail there.

“Perhaps, we can pin hope only on peace based on force, on the political coercion of Armenia to the constructive behavior,” the expert said.

“In general, we expect that the South Caucasus in case of implementation of the 3+3 initiative, the launch of the Zangazur transport corridor project will get a chance to become one of the dynamically developing regions of the world,” Korotchenko said.