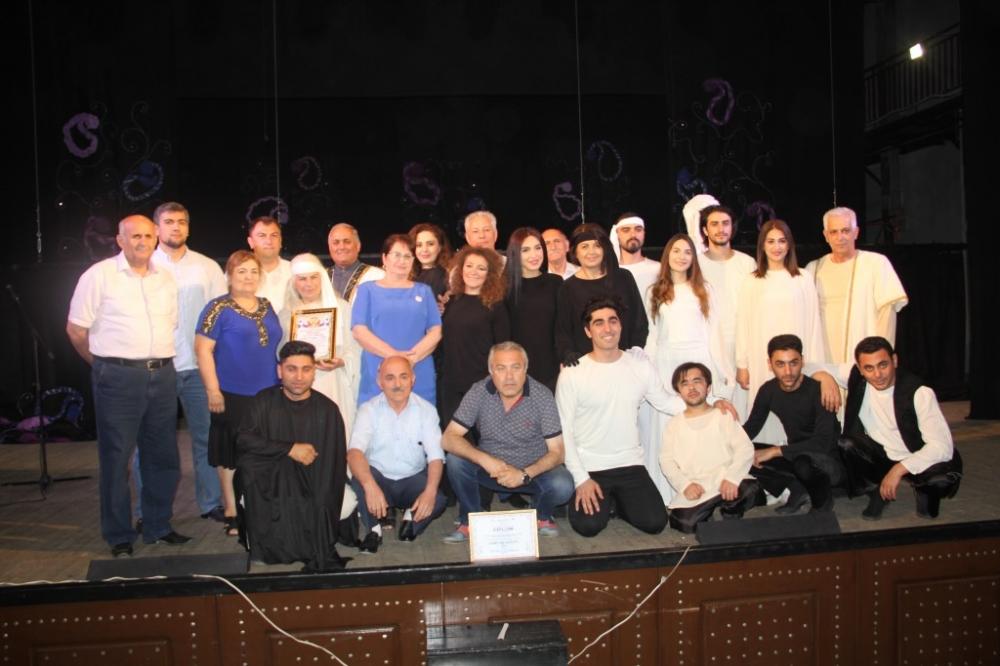 The play entitled “The Year of Nasimi – the Language of Nasimi” was timed to the 650th anniversary of the great Azerbaijani poet Imadaddin Nasimi, Azertag reported.

Baku Children’s Theater presented the play on the invitation of the Azerbaijan State Drama Theater in Derbent and the National-Cultural Autonomy of Azerbaijanis in Derbent.

The head of the Drama Theater Firdovsi Asgarov, director-producer Yagut Khandadasheva, Deputy Head of Derbent District Administration Office Vidadi Zeynalov, Chief Specialist of the City Administration for Culture, Sport, Youth Policy and Tourism Gulperi Mirzabalayeva, and Chairman of the National Cultural Autonomy of Azerbaijanis in Derbent Telman Tahirli expressed their gratitude to the Baku Children’s Theater for coming, showing their skills, and the opportunity to hear Nasimi’s poetry.

Firdovsi Asgarov presented the director of the Baku Children’s Theater Intigam Soltan and members of the team a letter of thanks for their contribution to the development of cultural relations with Derbent.

The theater successfully cooperates with relevant international organizations including International Committee of the Red Cross and the Office of the Council of Europe.

Nearly 70 child specialists work at the theater. To date, the theater has created about 100 artistic performances.

In November 2009, a theater studio for children with special needs in Baku Children’s Theater was established.

The studio performed within the framework of the 4th National Festival of Contemporary Performances of Children’s and Youth with Disabilities which was held in Azerbaijan and at the 2nd International Youth Festival for People with Disabilities in Moscow, where it was awarded a diploma.