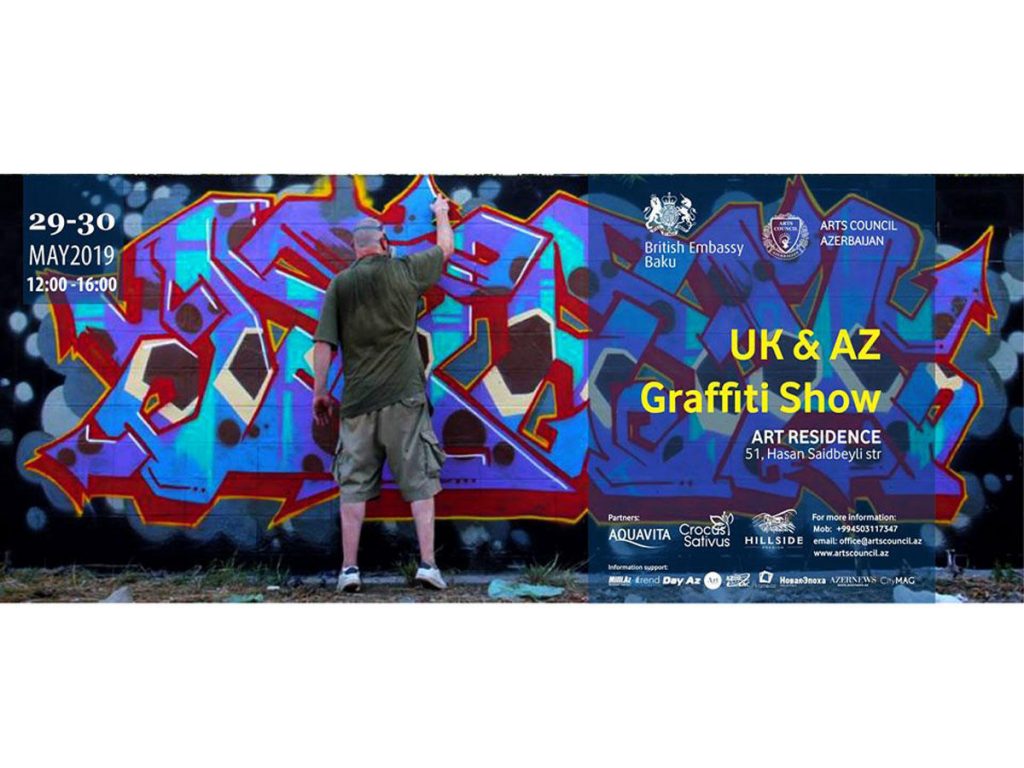 The graffiti show will take place at Art Residence on May 29-30, Trend Life reported.

UK & AZ Graffiti Show is a creative artist battle between the British street-artist Drax and Wish, a representative of Urban Art Azerbaijan.

The project aims at strengthening friendly relations between the countries. Admission is free.

Graffiti art ranges from simple written words to elaborate wall paintings. Street art has been popular since ancient times. Some of the earliest paintings date back to the ancient Egypt and Greece.

Modern graffiti art can be traced to the late 1960s in the U.S. It originated in New York, and it was known first as “New York Style” graffiti. This art began when teens used permanent markers to tag or write their names, followed by the number of the street on which they lived, in subway cars.

There are various forms of graffiti. One of the simplest forms is that of individual markings such as slogans, slurs or political statements. Examples of this type of graffiti commonly are found in bathrooms or on exterior surfaces, and this graffiti is usually handwritten. Another simple form is that of the tag which is a fancy, scribble-like writing of one’s name or nick-name. That is, tag signifies one’s name or nickname.

The main purpose of the organization is to promote Azerbaijani culture and art. Many projects have been operating for many years under the auspices of the organization. Among them are Art Gazette, Production Studio, Azerbaijan Animation Museum named after Nazim Mammadov, Art School drawing school, Under Open Air plein air, Art Residence and Youth Network.