Home / Azerbaijan / Culture / Nasimi Festival to be held in Russia

Nasimi Festival to be held in Russia 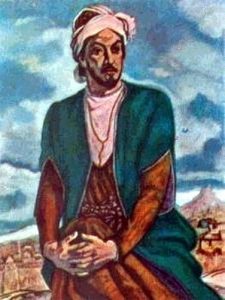 Nasimi Festival of Poetry, Arts and Spirituality will be held in Russia.The festival named after one of the brilliant poets and thinkers of the East, Imadaddin Nasimi will take place at the Moscow State University and the Institute of Asian and African Studies, Azertag reported.The event is supported by the Heydar Aliyev Foundation and the Azerbaijani Embassy in Russia.A scientific-practical conference on “Nasimi’s spiritual heritage in the historical and cultural context of the Middle Ages in the East” will be held within the festival.Influence of Islamic mysticism on the formation of the humanist outlook of the poet, the literary-philosophical heritage of Nasimi and other topics will be discussed at the conference.The first ever Nasimi Festival of Poetry, Arts, and Spirituality was held in Azerbaijan on September 27-30 being organized by the Heydar Aliyev Foundation and supported by the Azerbaijani Ministry of Culture.The festival was held under the slogans “Beyond the Limited Self”, reflecting the philosophical views of the poet, and “I am a Particle, I am the Sun” which are the poet’s lines.Exhibitions, installations, video projections, fashion show, concerts were organized as part of the festival.The project was implemented on an international scale with the participation of world-famous singers, philosophers, scientists, who write about spirituality in modern society, as well as professionals, amateurs in this field and young people.