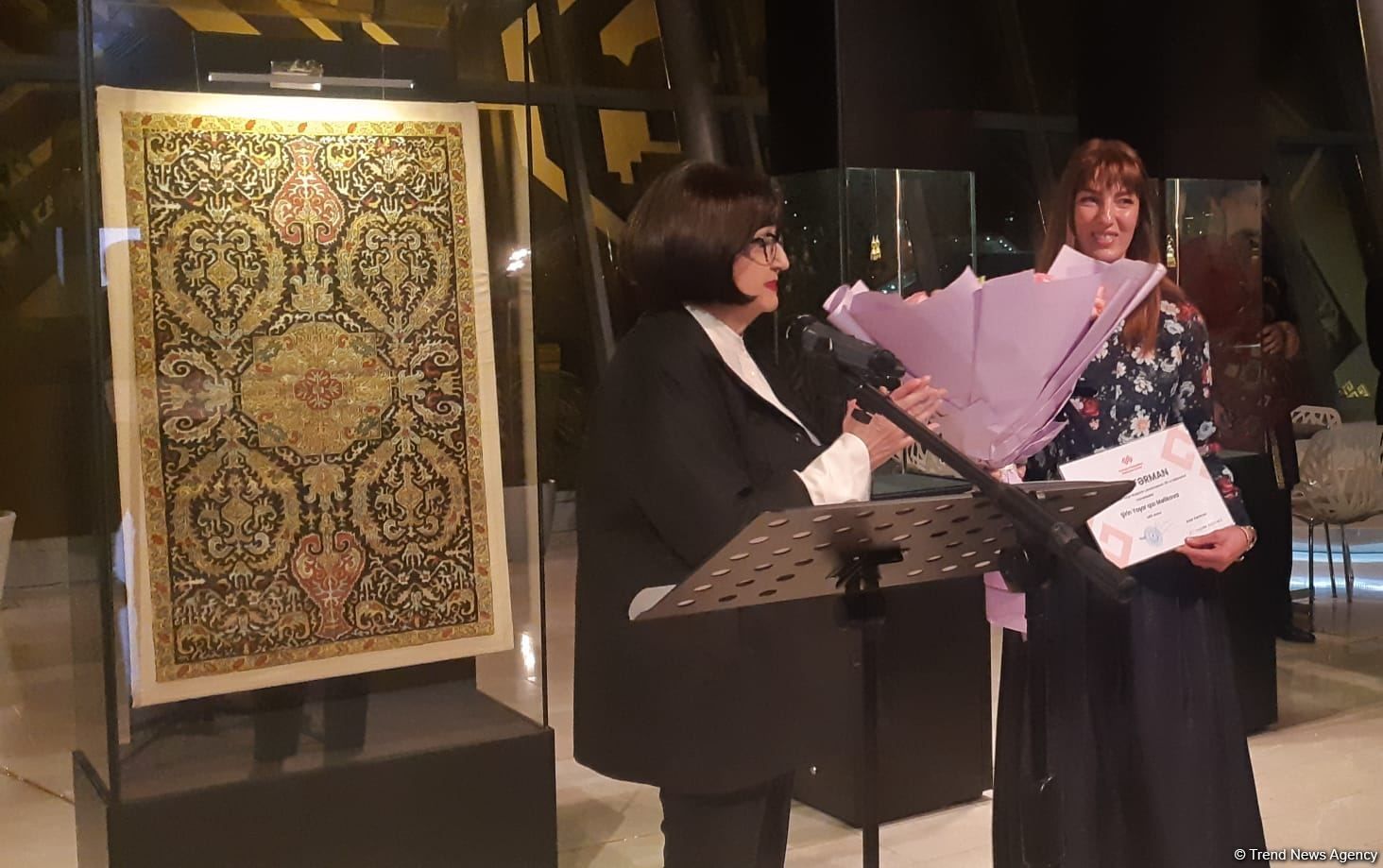 The National Carpet Museum has enriched its collection with new exhibits, Azernews reports.

The presentation was timed to the museum’s 55th anniversary and took place on a significant day when Azerbaijani carpet weaving art was included in the UNESCO Representative List of the Intangible Cultural Heritage (2010) as well as on the birthday of the outstanding scientist, founder of the Carpet Museum Latif Karimov on November 17.

In her speech, the museum director, chairman of ICOM National Committee, Honored Cultural Worker Shirin Malikova noted that numerous events are being held as part of the museum’s 55th anniversary.

“Today we present artistic embroidery from the beginning of the 18th century and two pairs of earrings from the second half of the 19th century,” she added.

“I think we are happy people that we work here. The museum stores Azerbaijani carpets, a national legacy, an integral part of our culture and art. We are very glad to preserve, showcase and enrich this collection,” said Malikova.

In recent years, the museum has achieved great success in popularizing samples of national heritage and replenishing its collections.

The rare pieces of art on display show that the museum has successfully continued its activities in this direction in 2022.

Sevda Mammadaliyeva stressed numerous conferences and presentations aimed at the development of carpet art being held in the country.

She remained that the culture minister awarded the Carpet Museum with the diplomas.

Then the guests got acquainted with the new exhibits.

Artistic embroidery presented at the event was purchased with the financial support of Pasha Holding. Nazim Safarov, head of the Pasha Holding department stressed that Pasha Holding would continue to support the museum in the future.

Samples of 16th-century embroidery with a similar compositional structure were made in the workshops of the Safavid palace and were considered the most valuable works of decorative and applied art of that time.

Taking into account the great demand for these embroideries in the 17th-18th centuries, many workshops across Barda, Nakhchivan, and Shamakhi produced new ones inspired by them.

The gold earrings purchased by the museum at its own expense from Bonhams auction house are made in Tabriz using the technique of enameling and stamping.

The multi-tiered earrings were an essential part of the stylish look at that time. It was believed that the ringing of earring pendants protected an earring owner from evil forces. They consist of separate elements.

The exhibits aroused great interest among the public and cultural figures. 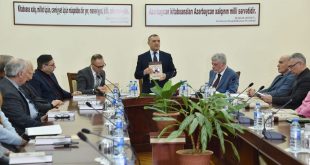 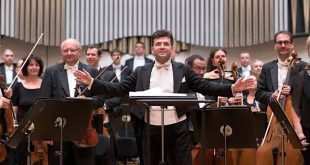 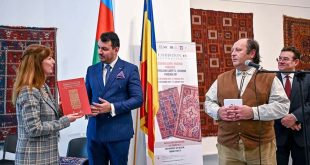