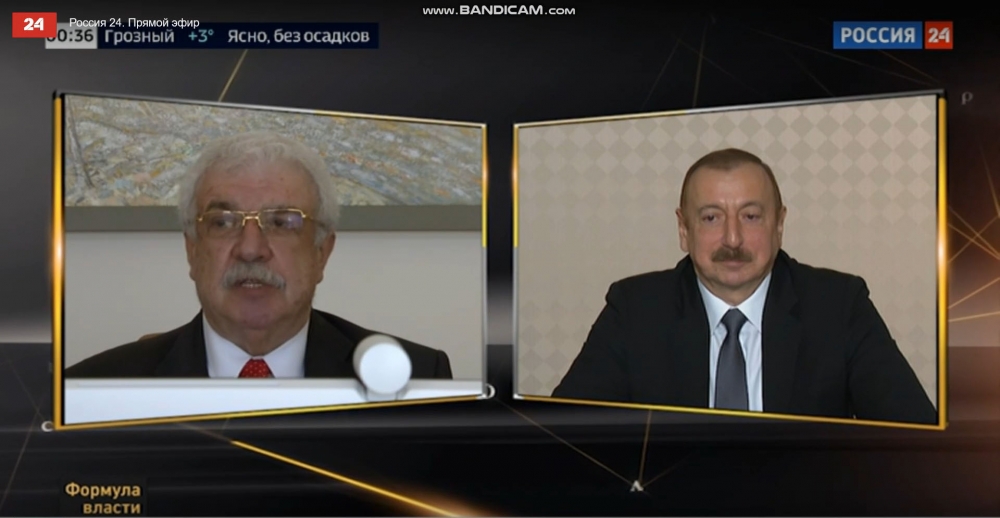 “Rossiya-24” TV channel has aired a “Formula of Power” program dedicated to the 30th anniversary of the restoration of Azerbaijan’s independence and the 60th birthday of President of Azerbaijan Ilham Aliyev.

Over the years, they have all become a reality. The program talks about the global energy and transport projects implemented at the initiative of Azerbaijan, the country’s dynamic development in all areas, its growing international authority as a successful chair of international organizations, in particular the Non-Aligned Movement, the provision of humanitarian assistance to developing countries during the coronavirus pandemic and the high praise Azerbaijan has received from the WHO.

Azerbaijan’s main problem has been resolved – the Nagorno-Karabakh conflict has been consigned to history. In an interview, President Ilham Aliyev spoke about the restoration of the country’s territorial integrity and the liberation of Azerbaijan’s native lands. The program featured footage of the restoration of liberated lands and the President’s visits to Karabakh.

Mikhail Gusman emphasized the atmosphere of tolerance that has existed for representatives of various nationalities and religions in Azerbaijan from time immemorial. The presenter said he knows this firsthand. “Multiculturalism is in the blood of Azerbaijanis,” Mikhail Gusman said.