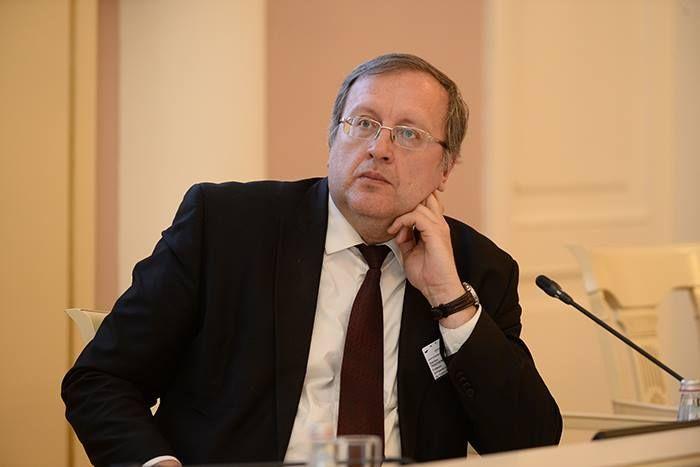 The report takes into account the main criteria for creating safe, sustainable, affordable and inclusive energy systems for future generations and provides for the transition to renewable, alternative energy systems.

Azerbaijan has been betting on the development of alternative electricity in the recent years. The country is rich in renewable energy sources, which, according to experts, will allow it to painlessly reorient itself towards environmentally friendly electricity production in the post-oil era.

Natural opportunities of Azerbaijan attract the attention of foreign investors. In general, the potential capacity of alternative energy in the country is 26,940 megawatts, with 90 percent of it being solar energy.

“What unites all these different sources of energy is that they are renewable, i.e. essentially endless. And their use does not have such a negative impact on nature as traditional sources have,” Tkachenko said.

Presently, alternative energy is also strongly associated with the concept of progress, like oil and gas at the beginning of the last century, he noted.

The previous era, which is commonly called the “oil” or “oil and gas” era, began in the last quarter of the 19th century and coincided with an unprecedented growth in the economy, living standards, the emergence in all spheres of life of technologies that use the energy of oil, gas, as well as electricity, said the expert.

“It is too early to say that this era is over. But it is also obvious that in only 10-20 years, even during the lifetime of present generations, the role of oil, gas, coal and shale will begin to decline until it becomes miniscule and insignificant for the economy of the future. Traditional energy sources will be replaced by alternative ones. They are less environmentally hazardous. Their use will save mineral resources for more efficient use than now, when they are burned for the production of heat or electricity,” Tkachenko said.

He said that the production of alternative energy will require new technologies, as well as the culture of consumption of this energy – more environmentally friendly and economical.

“The most relevant technologies for Azerbaijan are the resources of wind and solar energy. Moreover, these technologies can be used everywhere both at the level of the state and large energy companies (electricity production for industry, agriculture, utilities, as well as household consumption), and at the level of individual family households, especially in small towns and rural areas,” said Tkachenko.

He said that initial investments in the development and implementation of alternative energy technologies are large, but they pay off in an acceptable time frame (usually 7-10 years) and help to preserve the unique nature of Azerbaijan and the health of its citizens.