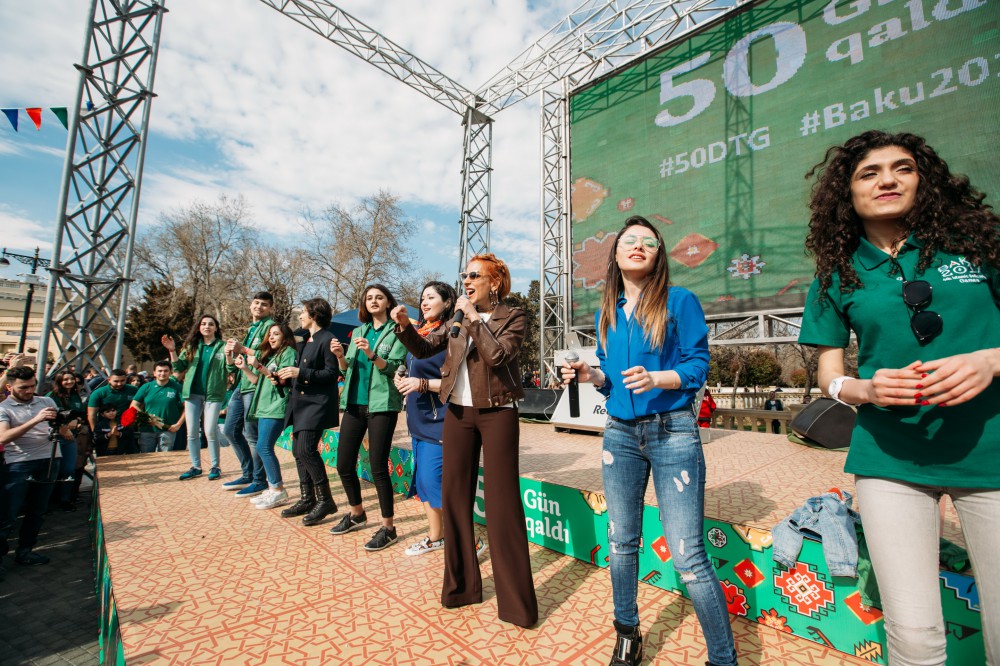 Baku-2017 Games volunteers and star ambassador of the Games Tunzala Aghayeva performed “Hello Baku- Anthem of Volunteers” together. Lyrics of “Hello Baku- Anthem of Volunteers” were written by Director of Baku-2017 Games Operating Committee Elchin Safarov and music was written by Star Ambassador Tunzala Aghayeva; it is the first song dedicated to volunteers. Though the anthem is written in pop music genre, its performance also includes folk music instruments like tar, gaval and drum.

The anthem is performed by Tunzala Aghayeva and talented volunteers who passed multi-phase selection process. Also, in performance of “Hello Baku- Anthem of Volunteers” Tunzala Aghayeva is supported by selected singers of “Voice of Azerbaijan” song contest.

Speaking about “Hello Baku” anthem, Tunzala Aghayeva stressed the following: “it is an honour for me to sing together with volunteers, as being volunteer means to have understanding and special enjoyment of the job. In any profession volunteering is a great chance for the youth in terms of gaining experience.”

For the first time the anthem was performed at “50 Days to Go” event held within “Domestic Grassroots” program on March 23.

Speaking about Fourth Islamic Solidarity Games, Tunzala Aghayeva emphasized: “Eevery person should love and enjoy his profession. As Star Ambassador of Baku-2017 Games, I am fond of my work and, being the ambassador, I make my contribution to the games with “”Hello Baku- Anthem of Volunteers”. Among four values of Baku-2017 Islamic Games (peace, respect, excellence and unity) I choose excellence and call everybody to excel at their work.”

Director of Islamic Solidarity Games, volunteers ambassador Elchin Safarov said: “I need to point out that we appreciate every opportunity for volunteers. Of course, I feel proud of writing the lyrics of the volunteers anthem. Till April 30 volunteers will pass through 2 training classes per day. At these classes volunteers can arrange anthem performance rehearsal and select the best performer among themselves as well. Because every volunteer is a student and takes first steps in acquiring new experience. Therefore, we all need to create favourable environment for them. Volunteers contribution in Baku-2017 project to be hosted by our country is great and invaluable.”

Baku 2017 Islamic Solidarity Games is an exciting multi-sport event that brings together Islamic world; they will be held in Baku, Azerbaijan on 12-22 May, 2017.

Baku, the capital city of Azerbaijan, was awarded an honour to host the Games during the General Assembly of Islamic Solidarity Sports Federation (ISSF) in 2013 held in Jeddah. 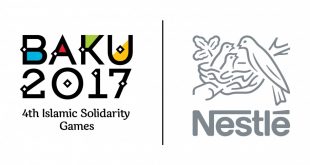 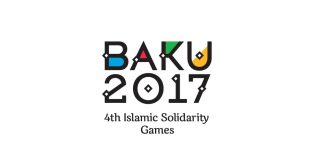