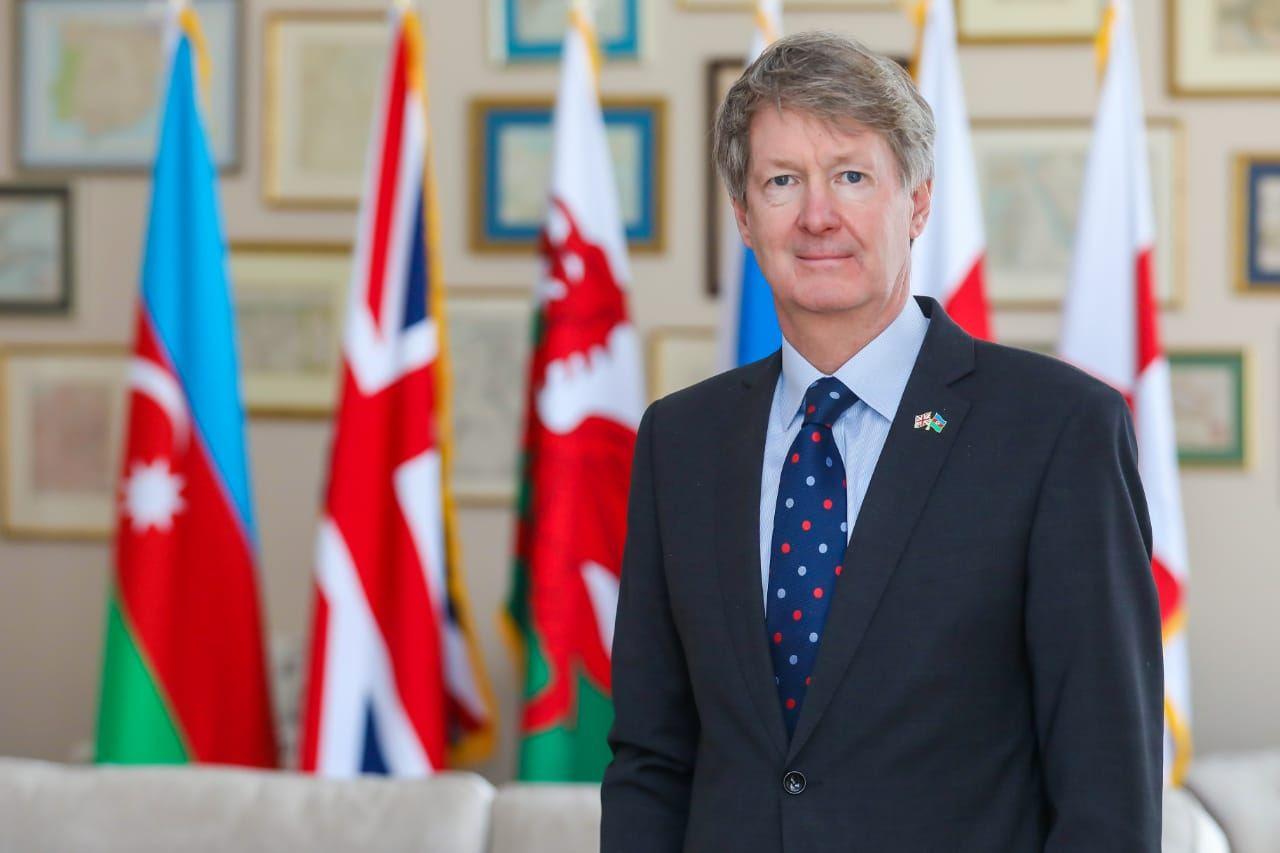 In Sharp’s words, it’s clear that Azerbaijan faces a huge task in dealing with all the mines and unexploded ordnance.

“I’m pleased that the British government, British companies and British citizens are helping to save lives. British experts are already working here to assist with the mine-clearing operations, and we continue to explore other options to bring UK knowledge and support to assist in this area, possibly through our Ministry of Defence,” the ambassador said.

He noted that UK companies are helping with demining operations, with one British company for example delivering mine clearance equipment and training to make safe the ground for the new Fuzuli airport.

“I anticipate more British companies becoming involved in what will be a long-term task,” the ambassador emphasized.

Having noted that mine action isn’t only about demining, Sharp said that it’s also important to ensure people – especially children – are aware of the risks.

“So we’ve supported ANAMA in mine awareness raising in areas affected by landmines and unexploded ordnance. In May, I visited Tartar to see some of these mine awareness materials, like billboards and posters, and I met with people who are directly benefiting from this programme ,” Sharp said.

More broadly, he noted, the UK has long campaigned for the eradication of deadly anti-personnel land mines which indiscriminately kill and injure people.

“That is why we banned the use of these land mines and signed the Ottawa Treaty in 1997. I would encourage Azerbaijan to also sign,” the ambassador said.

“Here, I should also mention that we welcome the recent agreement between Armenia and Azerbaijan to exchange mine maps and detainees. I hope there will be more such agreements, which are important for humanitarian reasons,” Sharp added.

Commenting on the question of whether the UK is interested in taking part in the restoration process of Azerbaijani returned lands, Sharp expressed sureness that UK firms would want to be involved.

“We very much welcome President Ilham Aliyev’s focus on green energy and smart cities. UK firms have a lot to offer in these sectors. So I was pleased to see that Azerbaijan’s Energy Ministry and bp have recently signed an Implementation Agreement to build a solar power plant in this region. I think this is a great moment for British companies’ involvement in building a “green zone” in the returned territories. This is not only good for Azerbaijan but supports the global effort to tackle climate change,” he noted.

The ambassador said that as regards to other sectors, opportunities in mining, tourism and agriculture have all been raised during the recent visit of the British Minister for Exports Graham Stuart.

“And there will no doubt be a need for health and education services, where UK firms are strong. So I’m hopeful that British firms will be involved, though we need to remember that redeveloping the territories will be a long process given the number of land mines and unexploded ordnance there,” Sharp added.