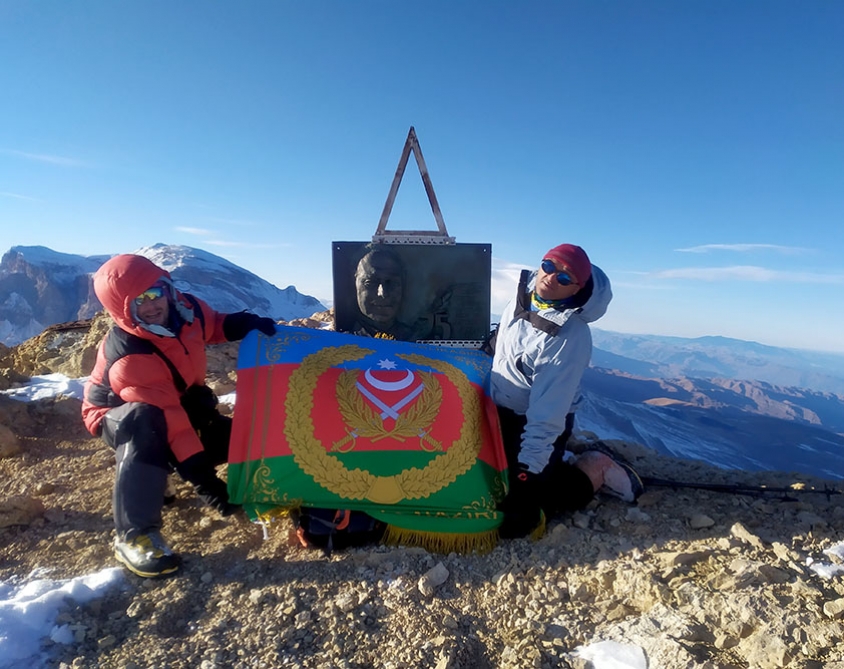 On the instructions of Minister of Defense, Colonel General Zakir Hasanov a number of events in regard to the day of commemoration of national leader of the Azerbaijani people Heydar Aliyev was held in all types of troops of the Azerbaijan Army, Combined Arms Army, Army Corps, formations, special military-educational institutions.

According to the relevant order of Minister Hasanov, an expedition of military climbers “Ever-living Commander-in-Chief” was organized as part of the events.

During the expedition, military climbers Colonel Lieutenant Zal Nabiev, First Lieutenant Ulvi Mammadli and First Lieutenant Ahliman Gojayev, climbing to the second highest peak of the ridge of the Great Caucasus Mountains “Shahdag” (4243m) and “Heydar Aliyev” (3763m), which are located on the territory of the republic, dispelled there the flags of the Azerbaijan Army and the Air Force.