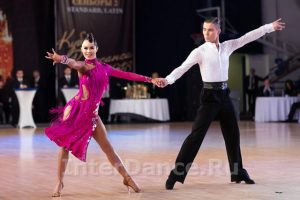 Azerbaijan has been successfully represented at an international tournament in sport dancing competition in Russia.

Renaissance Cup 2018 was held in Moscow, bringing together talented dancers.

The team of Azerbaijan was represented by Aleksey Tsarev and Alena Stadnik in the European program, Nikita Khoroshenko and Polina Tsareva in the Latin American program.

Azerbaijani dancers won gold among 8 teams from 9 countries, the judge of the international category, Azer Ashrafov, who was a member of the jury, told Trend Life.

“For the first time, our country achieved such a result in team competitions, bypassing the national team of Portugal and Russia, who took silver, and bronze medalists from Belarus,” said Azer Ashrafov.